What’s so bad about wool? 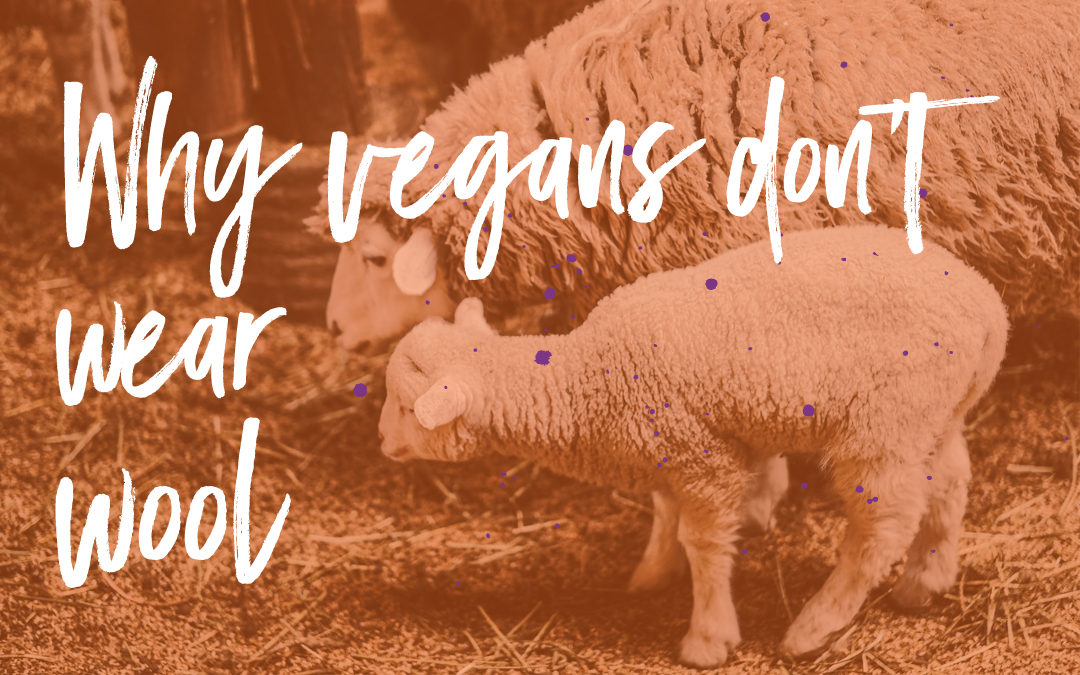 Or, why vegans aren’t cool with wool

After doing a series of blogs on why vegans don’t consume dairy, honey, and crickets, I realized that there will always be an argument on why we should save animals instead of eating them, but here I’m gonna take a sharp right into fashion. After all, isn’t that fluffy wool a by-product that doesn’t harm animals?

What the shearers (and companies that profit) say

Here’s what the industry says in their defense: 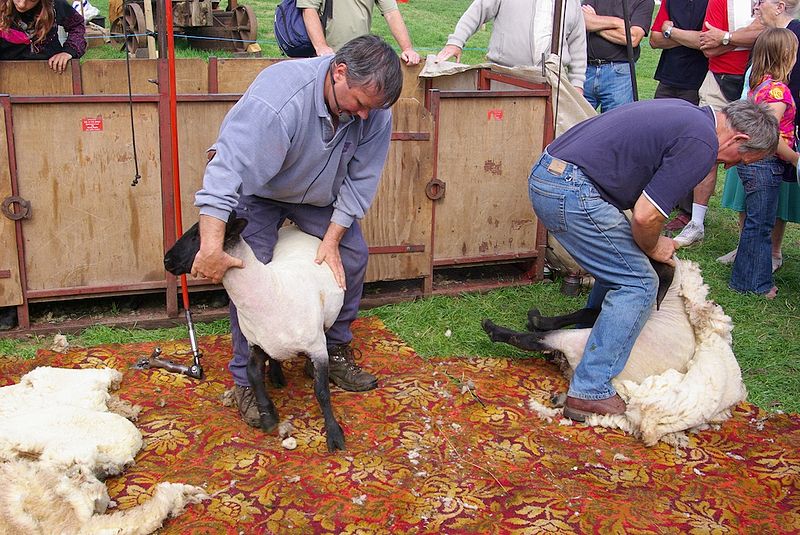 But if you HAD to buy wool (for the non-vegans):

Buy Canadian. Jennifer LeBrun, CEO and Founder of ULAT Dryer Balls (and creator of the only patented wool dryer ball), says that Canada’s standards of sheep management are better than that of other countries. Her products are made with 100% Premium Canadian Wool in Canada. Here’s what she said when we had a conversation about Canadian wool:

“…with my background in fibres and desire to be ethical in all we do, I have visited our partner mill, personally conducted farm visits, and serve actively in wool circle[s] across the globe. The Canadian Wool industry is different from other wool producing nations and as a Social Enterprise, [we’re] committed to our mission statement. Empowering communities by embracing nature, one dryer load at a time, we choose Canada Wool and partner with others who also demonstrate our shared values.”

She pointed me to the National Farm Animal Care Council‘s Code of Practice for the Care and Handling of Sheep, which has comprehensive recommended practices to reduce pain and suffering for the animals. You can learn more about their Animal Care Assessment Framework here and browse their videos here. There’s also the Canadian Sheep Federation, but their codes of practice weren’t as clear.

But just because a wool product is Canadian, that doesn’t mean it was sourced from Canadian wool, so look for “Canadian Wool” on the label, and/or check with the brand or manufacturer directly to ask where they sourced the wool. ULAT Dryer Balls doesn’t private-brand their products, so other wool dryer balls on the market are dense and small like tennis balls (so be sure to get the real thing if you want to ensure cruelty-free wool!).

Until the rest of the world catches up with Canada (you’ll see below why it’s still not perfect here either), it’s not a good situation for sheep in other places.

So let’s get into the 5 reasons why wool isn’t cool for vegans.

Reason #1: Animals would survive if we left them alone 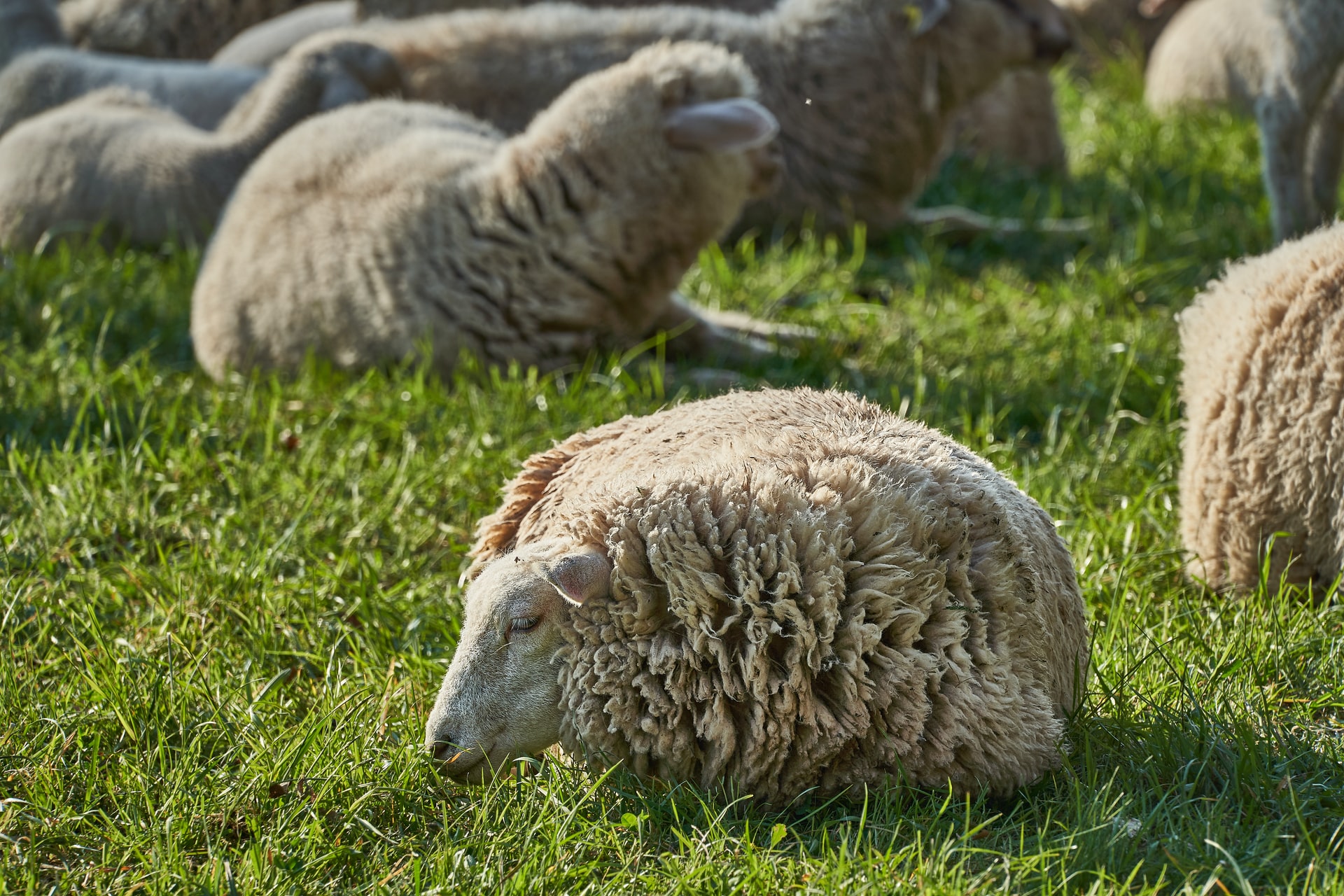 There is a reason some species survive and others die off. Sheep survived before we realized we could use their wool for clothing, so while I get the argument that shearing prevents urine/feces and other harmful materials or pests from getting into the wool, or saves them from downing (growing so much wool that they can’t stand), they TYPICALLY grow just enough wool to protect themselves from temperature extremes, providing insulation against both cold and heat.

This is a lofty dream, but how about transitioning sheep farmers to caring for sheep WITHOUT shearing them annually? The same way that animal conservationists work on saving a species WITHOUT interfering with their natural behaviours unless they absolutely have to?

We all know what happened when some people f*cked around with wild animals at a wet market…but I digress.

Admittedly, the videos you can find on sheep shearing aren’t nearly as bad as this one. In the blog I cited above by a sheep shearer, she says the sheep is “relaxed” because it isn’t crying out for help, but that doesn’t mean it’s comfortable—I could still see it jerking! Search PETA on YouTube for more of these videos of animals being sheared.

The following section was so long, I had to divide it.

That was a whole lot of info, so go ahead and take an oat latte break. 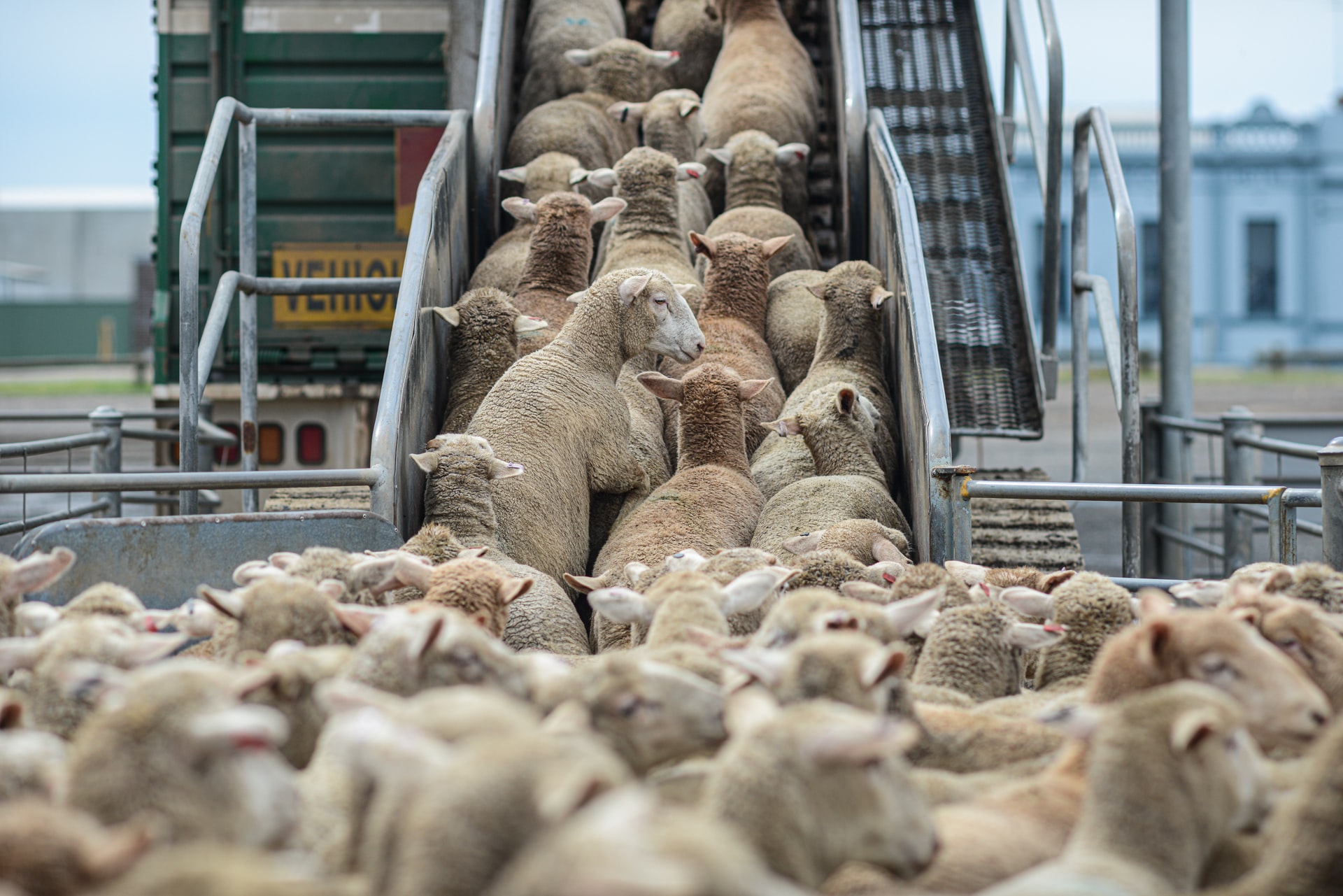 Land has been cleared and trees have been cut down to make room for grazing sheep. This has led to increased soil salinity, erosion, and decreased biodiversity. In the first half of the 20th century, local sheep farmers’ scale of operations in Patagonia, Argentina (second to Australia in wool production) outgrew the land. Soil erosion triggered desertification and threatens as much as 93% of the land. Once second to Australia in wool production, Argentina is no longer a major wool producer. (Ironically, the brand Patagonia uses animal-based wool in its products.)

The Higg Index condemns alpaca farming for eutrophication, which happens when nutrients from farm waste runoff accumulate in surrounding waterways, causing the growth of toxic algae and making water undrinkable for humans and inhabitable for many aquatic species. It’s so significant at alpaca farms because small farmers in Peru stockpile alpaca waste in open air before burning it. The pile of waste can sit for days prior to being burned and once it is set ablaze, it can burn for more than 4 days, releasing greenhouse gases into the air. This also leads to nitrogen and other potentially harmful elements leaching into the soil, and in groundwater. Rainfall will also cause nutrients to run off directly into surrounding waterways.

The New Zealand government studied two medium-sized farms and found fecal contamination in the water that exceeded levels for drinking and safe recreational use in every reading since 1994. In recent times, it has exceeded safe livestock drinking levels.

In New Zealand, methane emissions from enteric fermentation, coming mostly from sheep, make up over 90% of the nation’s greenhouse-gas emissions. Peruvian alpaca have a high environmental impact because of the methane and nitrous oxide emissions from their manure.

Sheep dip, a toxic chemical used to rid sheep of parasites, presents disposal problems and can harm the environment. A Scottish study of 795 sheep-dip facilities found that 40% presented a pollution risk.

After all that pain and suffering we went through in #2, wool then gets wasted.

Research from Dalhousie University published in 2017 included a survey that found that about 50% of wool in Atlantic Canada goes unused. Approximately 30% of the wool collected by the Canadian Co-operative Wool Growers (CCWG) went unsold in 2019 because of the trade dispute between the United States and China—and the ongoing pandemic has made things worse.

The only upside to this is that wool is compostable. 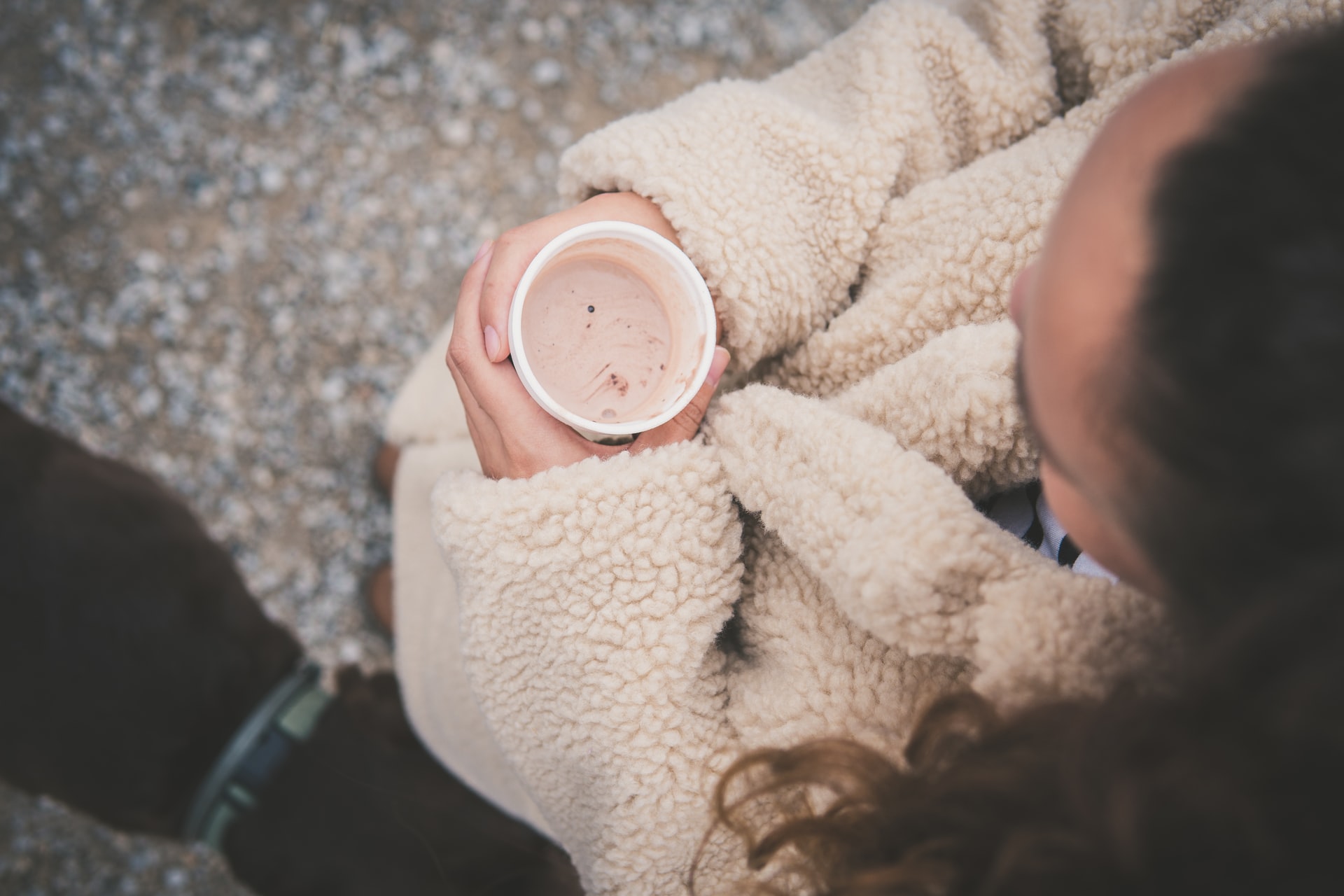 Even in the American Society of Animal Science’s open letter defending sheep shearing, they say:

“Livestock farming and ranching is not easy. It is physically demanding, the hours tend to be long and there are no vacation days. Many factors which cannot be controlled such as weather, disease challenges, and predators can impact livelihoods. In spite of these challenges, farmers and ranchers raise livestock out of a labor of love and an inborn fondness for animals.”

I know enough from the factory farming industry that these folks don’t do it because they love animals. It’s because they gain financial profit from killing them (and/or selling their skin, wool, fur, etc.).

In a Globe and Mail article on the lack of the next generation of Canadian sheep farmers, shearer Amber Petersen says it’s exhausting and tough work. She’s had a pinched nerve in her arm that keeps her up at night, aching knees, throbbing wrists, and sore hips. She works 7 days a week: 3 days at a desk job for a land surveying company, and the rest of the time in a barn somewhere, hunched over on a sheet of plywood. An international competitor, she wears men’s shearing clothes, because they’re not made for women: custom-made suede moccasins, double-lined pants, and an elastic belt. This is of course, her choice—but it goes to show you that shearing isn’t an ideal career for anyone who wants to maintain their mental and physical health. (Petersen is training a 21-year-old protege to eventually take her place.)

Which brings me back to reason #1: We don’t even need to be doing this. There are so many other jobs looking to be filled in our economy.

What would we do with the wool that MUST BE shorn?

The Open Sanctuary Project says that if a sanctuary must shear an animal to save it, it can:

We know that synthetic alternatives to animal-based fabrics aren’t the best for the environment because they’re often made of plastic, but we’re already so much further ahead with vegan wool and cashmere than where we are with plant-based leather right now. These natural materials include:

Best of all, these are comparably priced, warmer (hello, winter!), and hypoallergenic (they won’t give you that goddamn itch you get from real wool on bare skin!).

Have I missed an important facet of obtaining wool, or convinced you not to buy clothing made of this material? Let me know in the comments.