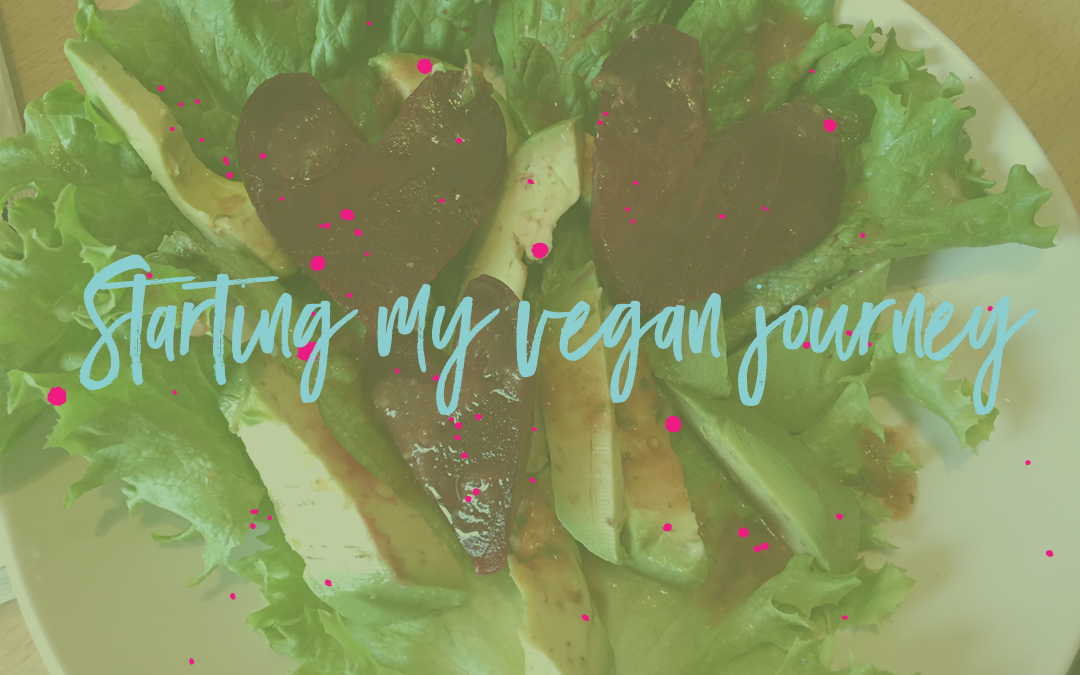 I’ve got just 27 more days to go on my 4-month sensitivity cleanse, and I feel like the “vegan” label has now officially stuck.

I still remember the day I watched Shaun Monson’s Earthlings in 2007. This was pre-Forks Over Knives and Food Inc. when the word “vegan” was synonymous with “hippie.” Uwe Boll, filmmaker and owner of Bauhaus restaurant, hosted the screening at UBC and I could see University football players walking out after watching the candid scenes of cows getting slaughtered over and over again. I still think watching the film completely was one of the boldest things I’ve ever done. When someone asked the speaker from the Humane Society what one thing she’d recommend we do to help animals, she said, “Stop eating meat.” I felt the hopeless energy in the room. A lot of us probably felt that was inaccessible at the time, but as a strong meat-eater since childhood, that seed was planted in me very strongly.

When I told my Dad I wanted to become vegetarian, he laughed at me and recalled his days growing up on a farm, learning how to slaughter goats. A few years in, after cutting out red meat and then chicken out of my diet, he was asking me for my cookbooks. Since Earthlings, Monson has made Unity, which I didn’t like too much, but his 3rd film Beings is coming out soon.

Going veg forced me to learn how to cook, cause at first it wasn’t very healthy. I was using a lot of faux chicken substitutes, frozen veggie pizza and pasta, and jarred stir-fry sauces. Leo was the one who not only told me I had to start cutting out processed foods, but he even showed me how to cut an onion! To this day he helps me out in the kitchen. No wonder I married him.

I was still eating dairy and seafood up until April 2017, when Leo and I dined at Morimoto during our honeymoon in New York City, and I decided that I was going to leave seafood on a high note. It just couldn’t get any better than that meal. 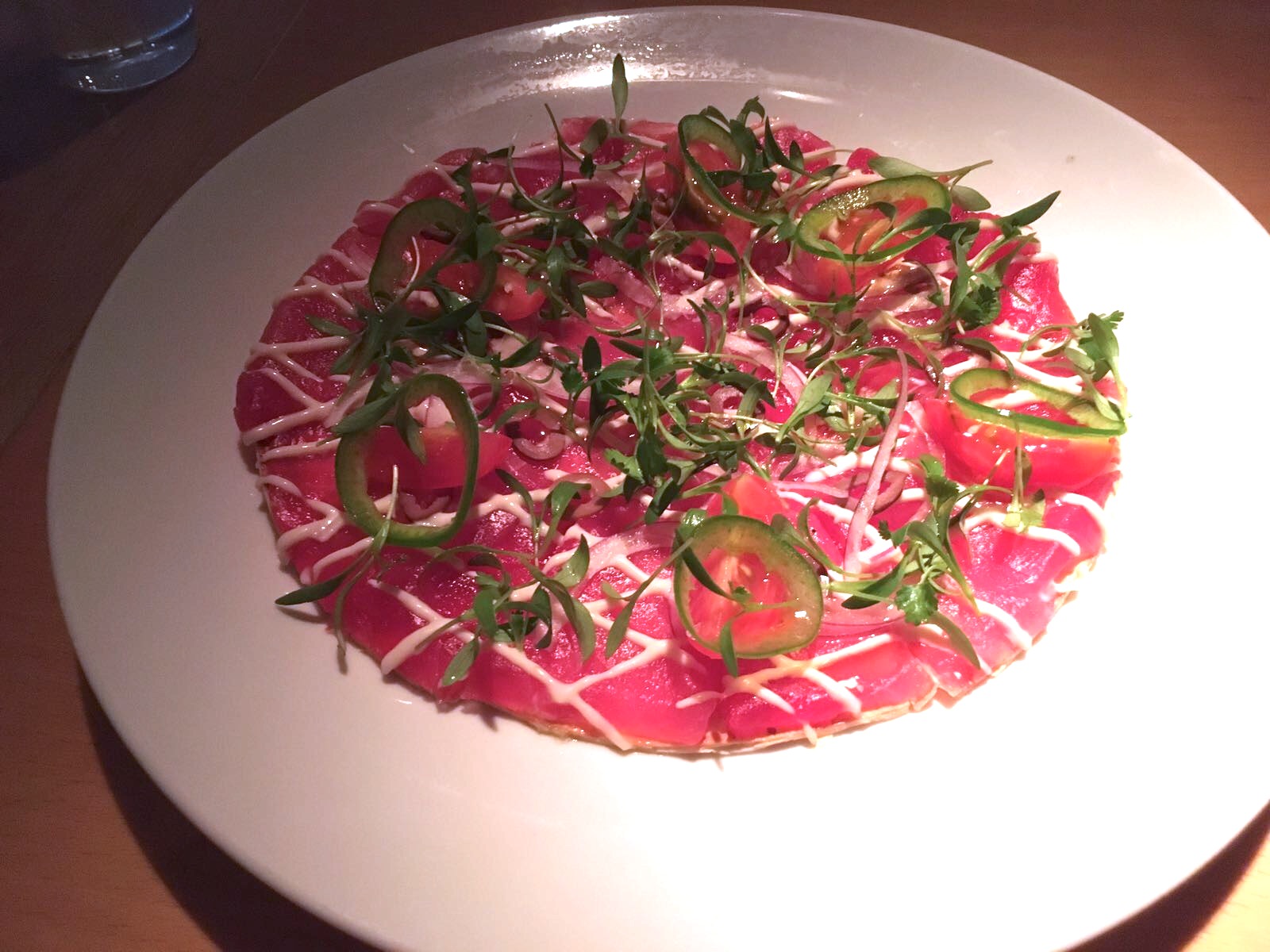 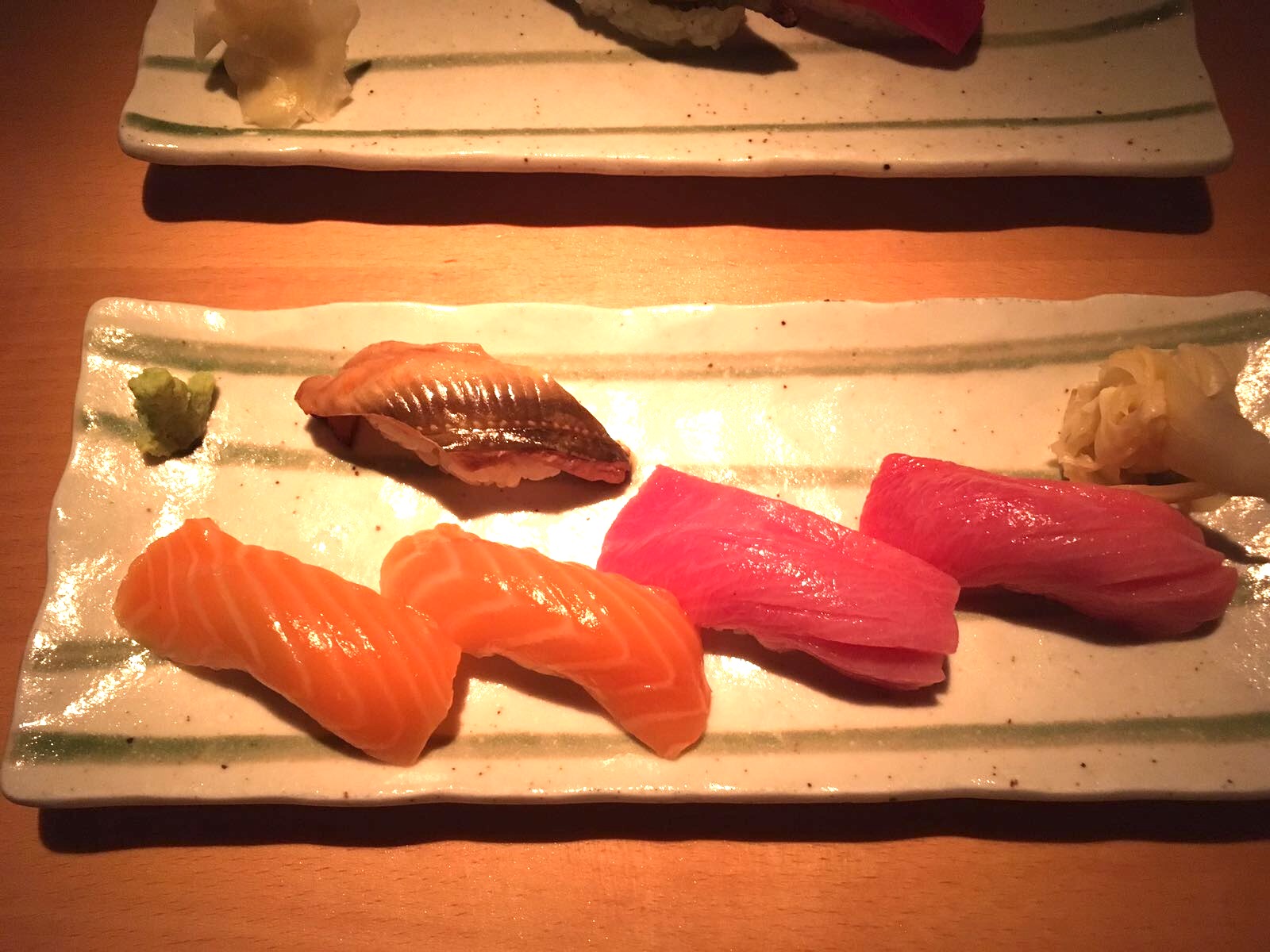 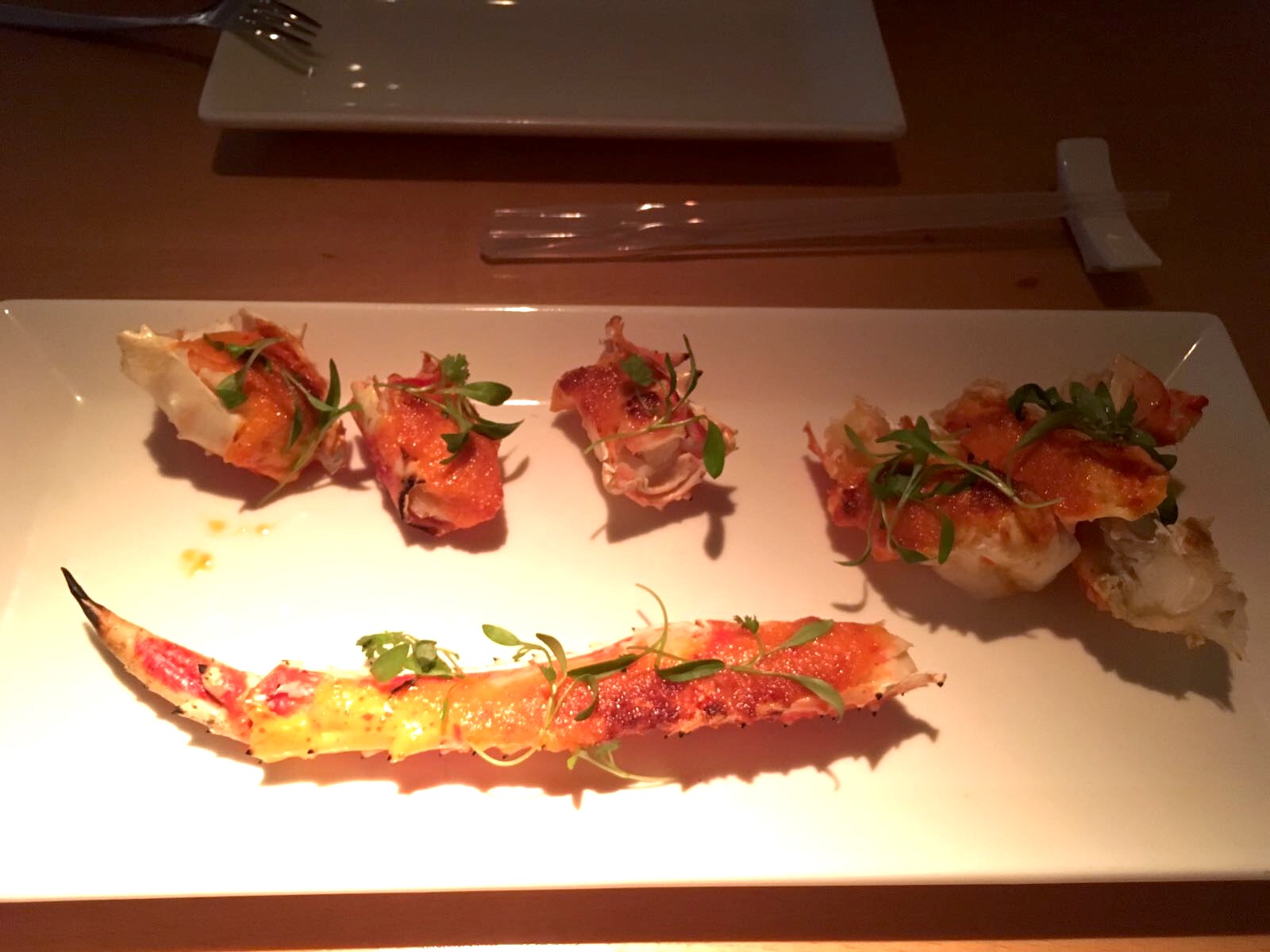 One year later, I find myself back at my naturopath’s office to deal with a really painful bout of acid reflux, and she prescribes me not only a Vata-Pacifying diet, but I also pay for a real Food Sensitivity Test which is pretty eye-opening, and drops the dairy bomb for good.

There are some foods I’ve missed dearly that I’m excited to test and hopefully integrate back into my diet:

Others I have to learn not to miss (more on this later):

The biggest thing I have learned in the past three months is the power of Naturopathic medicine. I love my general doctor, and boy does she have a toolbox of supplements… but my body has never felt better being on this cleanse and KNOWING which foods cause uncomfortable/painful symptoms. Cleanses f*cking work!

Two of the habits I’ve adopted that were prescribed by my naturopath that I think have made a huge difference include taking 1/4 tsp. of slippery elm (bark) powder in water before breakfast, and 3 tsp of apple cider vinegar before lunch and dinner. On the days when I ate out for lunch and dinner and never took any ACV before I left, I definitely felt my stomach working extra hard to break down the food. She also suggested turmeric coconut milk before bed, and this has been great for those evening sweet cravings. I put some cinnamon and cardamom in the drink along with the turmeric, and though I haven’t been drinking it much during summer, I think it’s helped with digestion during sleep.

The two foods that were stopping me from officially being vegan pre-cleanse were ice cream and cheese on pizza. Since there are now SO many options for ice cream at either grocery stores or shops, I’m super comfortable with this. The pizza cheese is going to be much harder, given my sensitivity to almonds and cashews and the fact that this is often on vegan pizzas. However I can always go without cheese, make my own pie, or call up places that use Daiya instead of nut-based cheese subs. Honestly, I could not live without Daiya. I’m so glad they exist! 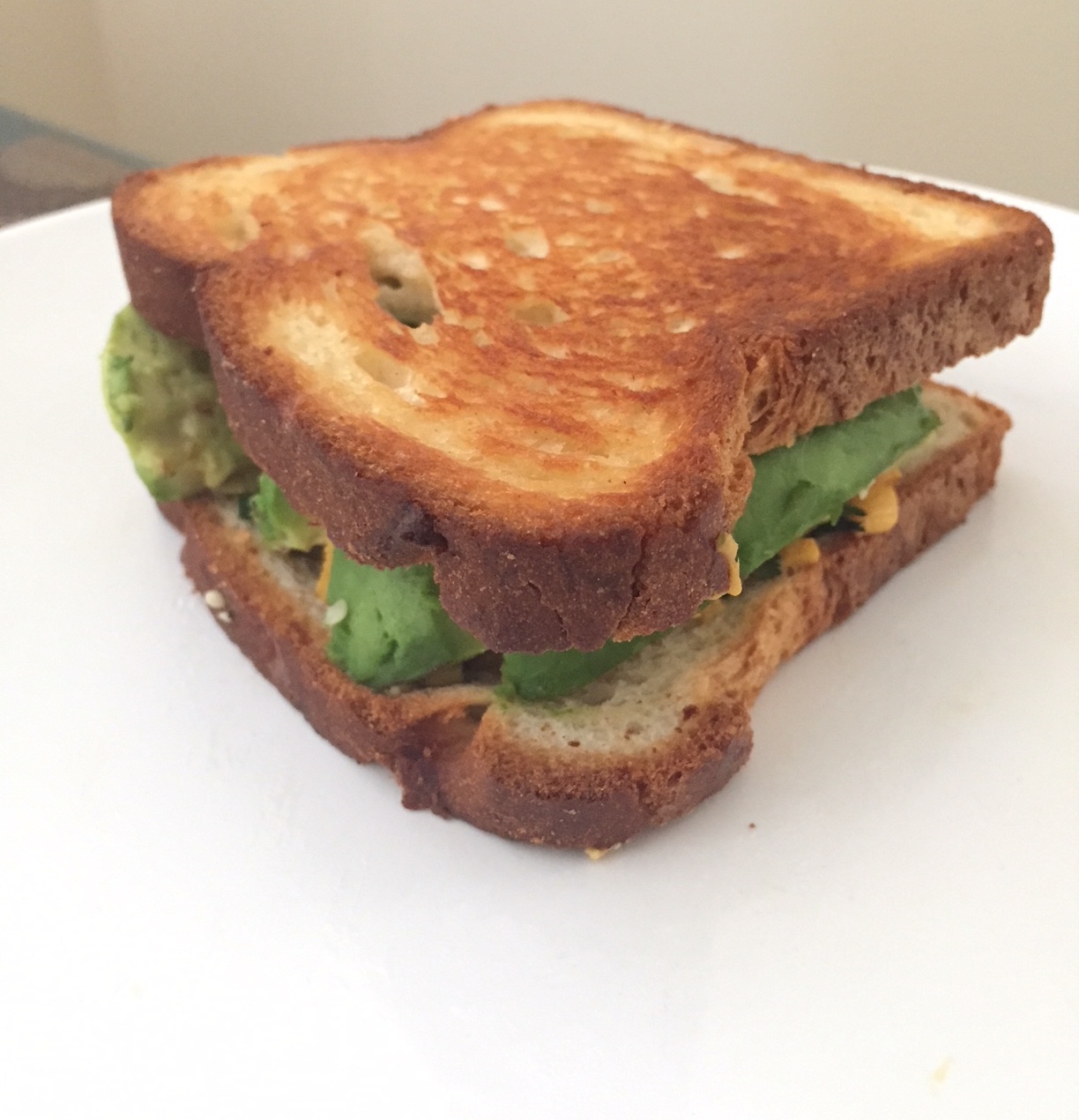 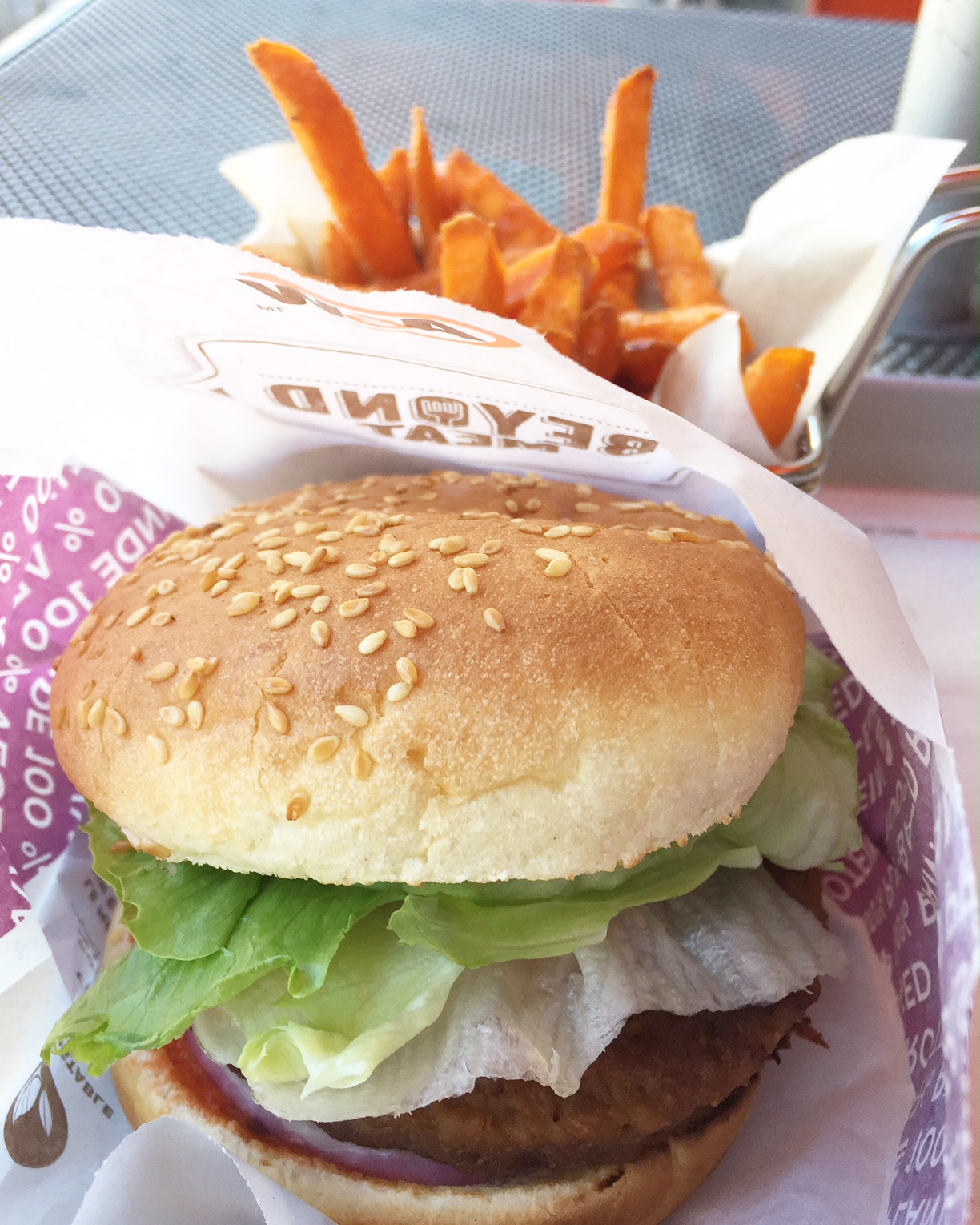 A&W’s Beyond Burger, veganized. Check my Insta for the review.

It’s been really hard to do gluten-free AND vegan, but I’m really happy with my decision to go 100% vegan.

The vegan industry is killing it right now. Killing it for the animals!! But I have to say the amount of rice I’ve consumed as a result of going gluten-free has been overkill, between the noodles, spiral pasta, tortillas, and fried rice. Thank god there are some really great options for bread (even though they contain flours I’m sensitive to). My favourite so far is Udi’s.

When I took a trip to the Veg Expo, I couldn’t find a gluten, soy, or nut-free sausage, but I learned how much I LOVE Upton’s Naturals  jackfruit (like pulled pork). It’s so easy to throw it into a meal for extra substance.

Throughout this 11-year journey, I’ve always felt like the minority when it came to not just dining but parties in general. I’d see my co-worker’s shepherd’s pie at a restaurant and say that smelled really good, and he’d say, “Why do you deprive yourself?” Friends would ask “What’s Sandra going to eat?” or “I’ll come up with something for you” or they’d straight up buy more food, like I need special treatment. I’m perfectly capable of making a food delivery order, if need be!

Last Fall, I convinced my family to participate in our first almost-vegan Thanksgiving meal, and though it was a long day of cooking, it was a hit. And my brother-in-law’s father was really impressed, and said he might be converted to going veg. My family and friends are even eating more plant-based, subbing ingredients in baking, and going to Veg Expo. This is all without me trying to convert them and doing my own thing. Even my brother gave me a great gluten-free vegan cookie dough by EatPastry recently which has satisfied all the cookie cravings! 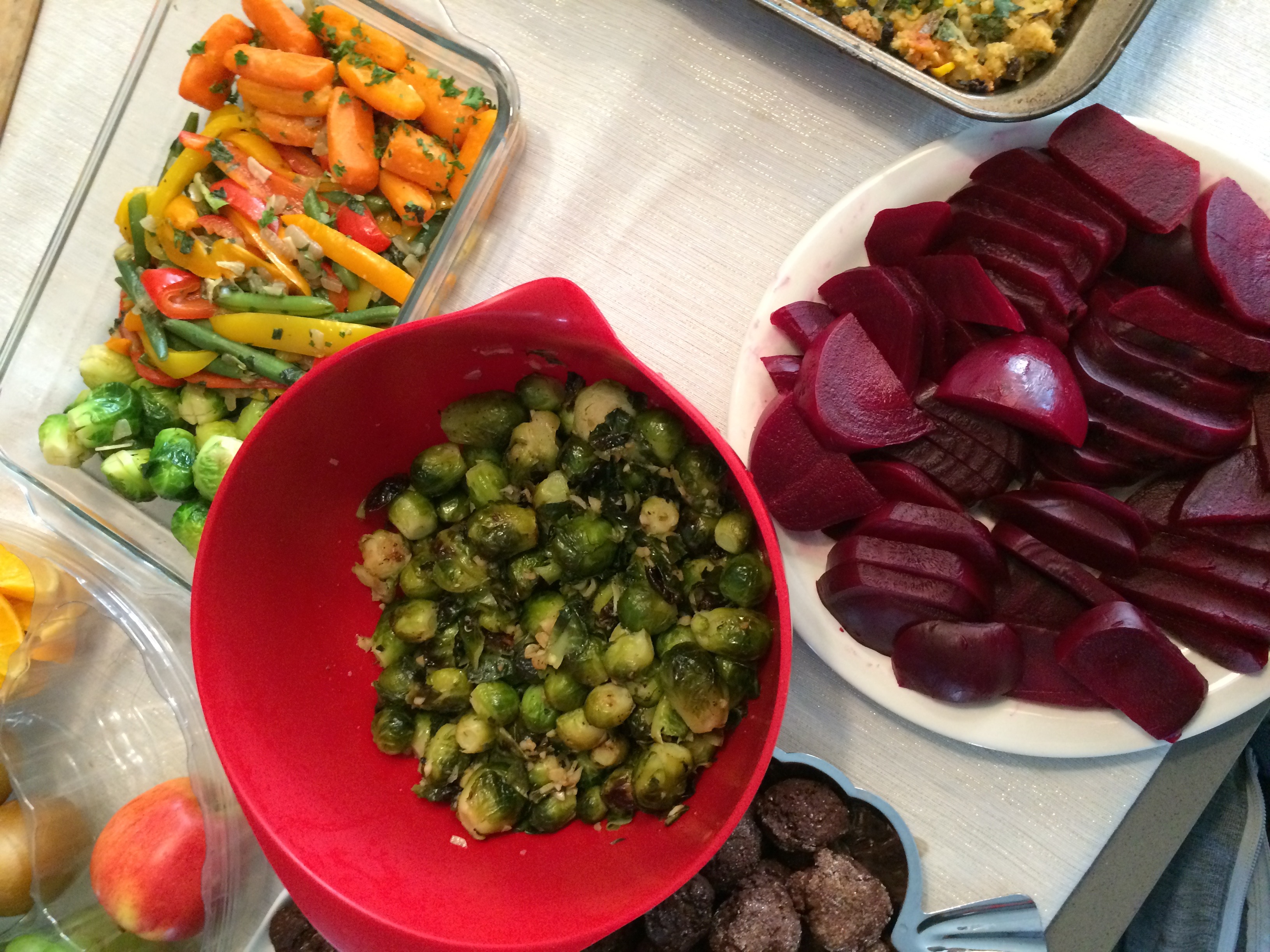 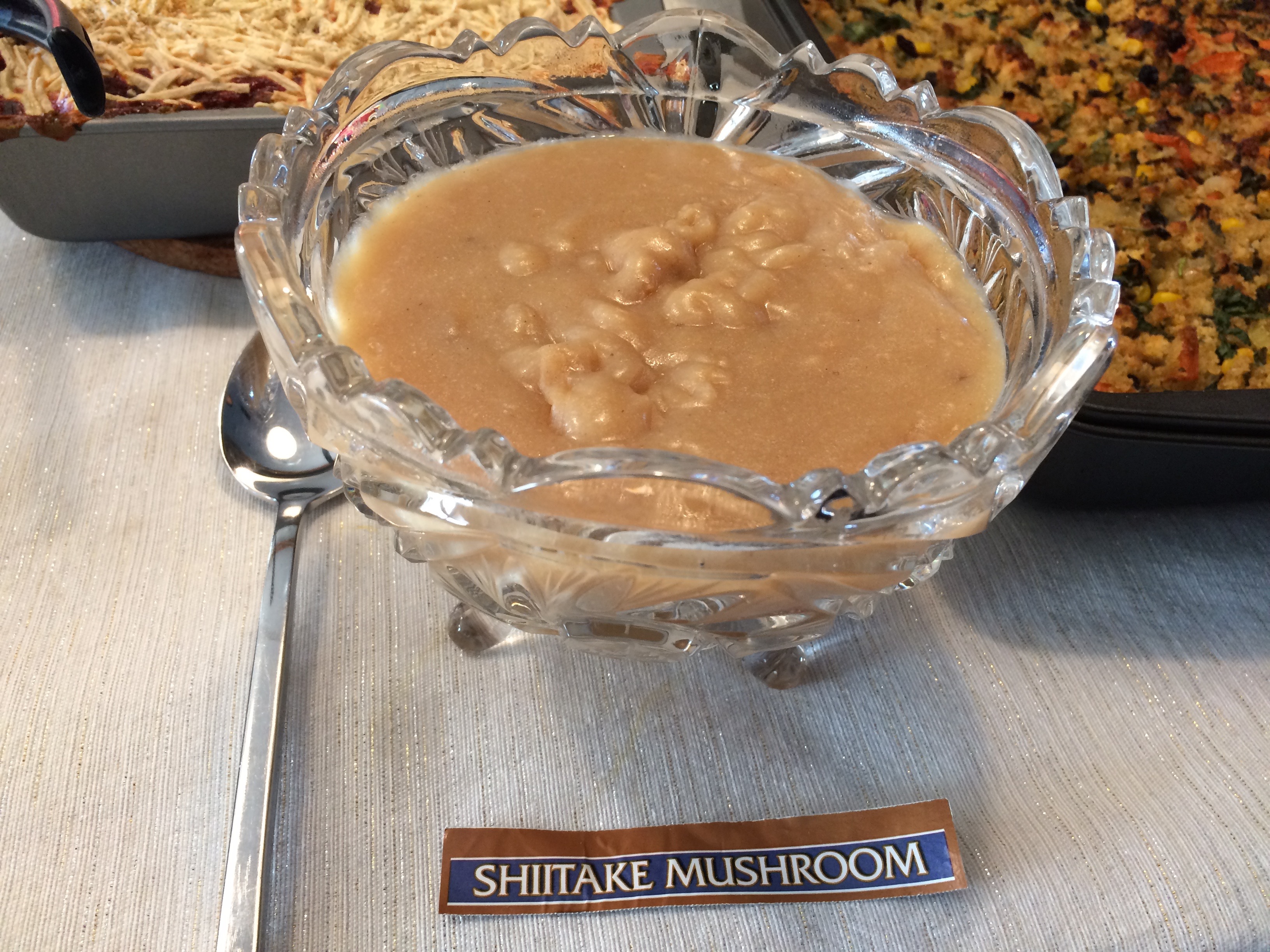 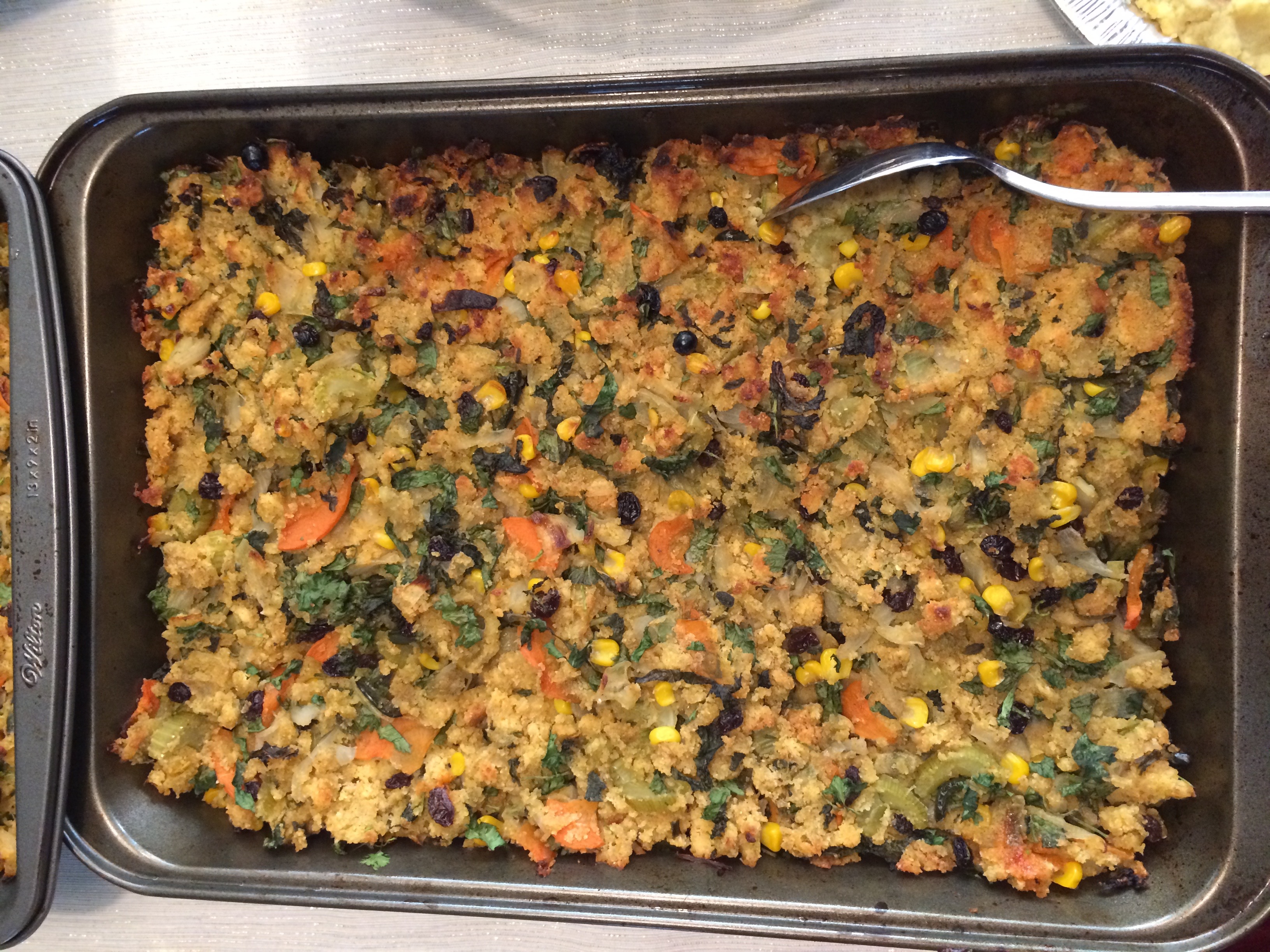 Now, I feel the global community coming together online, and industry actually making changes to accommodate us. Earlier this year, The Vancouver Sun said 35% of millennials in Canada eat plant-based. Main Street is slowly becoming veg-town with the success of restaurants like Meet, Chickpea, The Acorn, The Arbor, Friendly Snackbar, and soon, Heirloom.

A&W recently became the first Canadian fast-food retailer to offer Beyond Meat patties, even though they already had a veggie burger – although the Beyond Burger still comes with cheese and mayo that you have to ask to remove. Despite the hard core vegans that are slamming A&W for still using the same grill to cook the patties, I broke my cleanse just to support them. Cause the world won’t support vegan unless we support businesses that offer the options.

I never thought I’d thank marketing and businesses for getting me through a cleanse, but it really helps when there’s just so much on the can’t eat list. Aside from Daiya mentioned above, The Soap Dispensary for carrying a great gluten-free flour and Bob’s Red Mill for making a pretty damn good GF granola; Earnest Ice Cream, for having coconut-based vegan flavours; Brazilian Roots Truck at Carnaval del Sol for educating me on cassava-based gluten-free alternatives; FitBite chips for making great cassava-based chips that are even more nutritious than potato; SmartSweets for the healthier gummy bears that got me through some rough days and nights. And fruit. Good ol’ fruit.

Since leaving almond and cashew behind, I’ve made a new BFF with coconut through milk and putting unsweetened coconut chips in my afternoon trail mix. Cashew’s really great for dairy-free baking, but again, coconut gets to be the star from here on. I am going to miss my sweet alcoholic drinks, but have found that many restaurants offer sweet non-alcoholic cocktails and there’s ginger beer, lemonade… many of which aren’t sugar-free, but I’ve been slaying my sugar cravings the last few months that I don’t feel guilty about the occasional weekend treat.

It’s been weird not to have miso soup or soy sauce with my Japanese food, but I haven’t consumed much of that cuisine anyway. Naked Coconuts has a great gluten & soy-free sauce that I have been cooking with.

I am going to miss peanut butter, but I’m excited to explore other nut butters like hazelnut in my recipes. I haven’t been baking all that much, and I’m now rotating through different breakfasts that don’t involve PB.

Leo has been great throughout this whole period in being conscious of places that don’t offer vegan and gluten-free options. He’s already made a list of places he wants to go to visit mid-August, including Don’t Argue Pizzeria which apparently has vegan pizza now. I was also creeping Panago online and discovered that you can make gluten-free pizza with Daiya. BOOM.

Following other vegan-based Instagram accounts has also inspired me so much to continue my journey: World of Vegan, vancouver vegan, Vegan Nation, Erin Ireland, and LIVEKINDLY, just to name a few.

With more major global food chains like KFC and McDonald’s making changes, I know that plant-based eating is here to stay and am excited to be a part of the movement. Even if you aren’t thinking of going 100% vegan yourself, if you just choose to not eat meat or try substituting meats for other veggies or plant-based products once in a while, it’ll make a HUGE difference to our environment and the treatment of animals in the end. Even not buying leather makes a difference; there are more alternatives to that than ever.

Where are you on your food journey, and do you have any other tips on eating vegan while being on a cleanse?