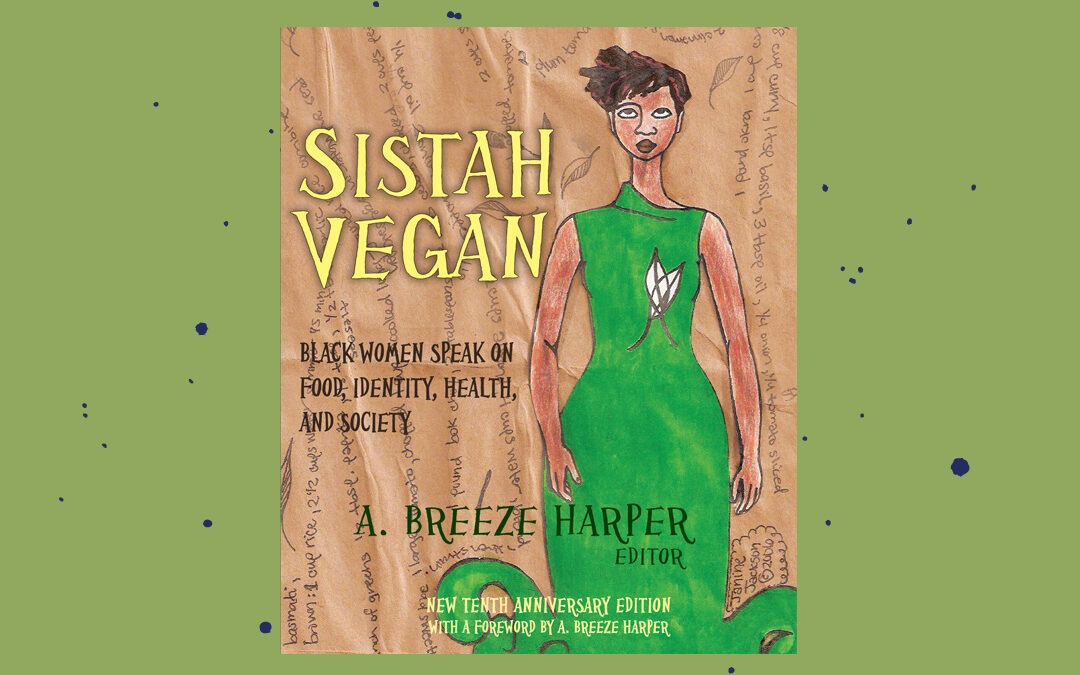 Nothing beats a memoir than a collection of vegan memoirs!

After reading Rachel Cusk’s The Lucky Ones (recommended to me as a memoir but is actually fiction), I went back in time to 2010, which was when A. Breeze Harper‘s Sistah Vegan: Black Female Vegans Speak on Food, Identity, Health, and Society was published. Lantern Publishing & Media is its publisher, known for its books on animal rights, veganism, humane education, social justice, spirituality.

Even though some time has passed since the book first hit shelves, one thing was clear: This is a book that amplifies the voices of vegans who haven’t always been highlighted: Black womxn. I remember seeing Harper in the documentary The Invisible Vegan, another great piece of art directed by Black vegan Jasmine C. Levya.

I think Sistah Vegan is a brilliant and timeless book. Perhaps Harper couldn’t fill an entire book with her own vegan story, but editing a compilation of stories and poems by Black female vegans allows us to learn different stories of how they became vegan, but more importantly, WHY.

Is Sistah Vegan a memoir?

The book isn’t a memoir in itself BUT I’d say it contains memoirs. Some of the stories/essays are longer than others, but in most, if not all of them, there’s a story about how and/or why the writer became vegan, so by that definition I’d call it a compilation of memoirs. The entire middle section contains poetry.

Interestingly, two of the essays reference a video ad made by PETA called “Animal Liberation” that compare the plight of Native people, Black slaves, and Jews during the Holocaust with that of animals. I couldn’t find the video from 2005 online, but what was clear is that the ad angered a lot of people. The writers in Sistah Vegan challenged the notion that our most cruel treatment of humans isn’t all that different from what we continue to do to animals today.

There’s even one essay by Ain Drew, who was a former PETA employee.

Is Sistah Vegan a vegan memoir?

If we agree that the book is a collection of short memoirs by vegan authors, edited by someone who is now a vegan, then I’d say it’s a fine collection of vegan memoirs and poetry. A couple of other rad things worth pointing out:

The version I read is an updated 10th anniversary version (published 2020) which includes a Foreword by the editor. Since Sistah Vegan, A. Breeze Harper‘s published Scars: A Black Lesbian Experience in Rural White New England in 2014 and her articles/essays have been published in journals and books. Her next book, Seeds of Sankofa, will come out this year. She also has a blog at sistahvegan.com.