How to Fully Veganize Your Business 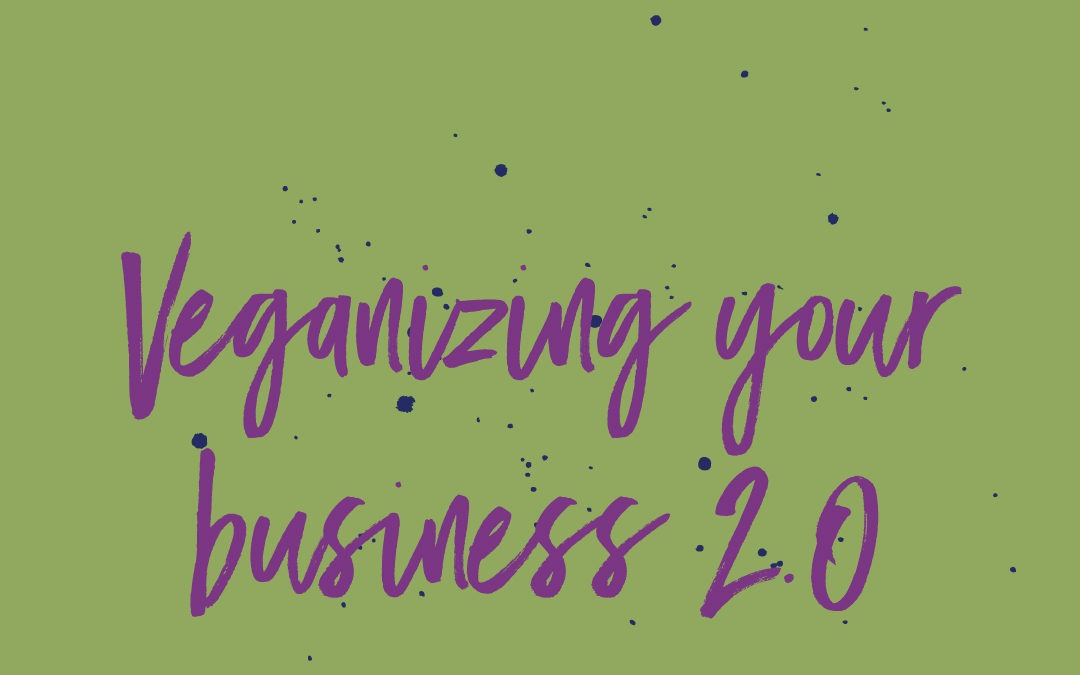 If you think you already run a vegan business, think again!

Listen to this blog on The Plant-Based Briefing podcast here.

I won’t say you have more work to do, but that’s what I thought to myself when I listened to Episode #15 of the Vegan Business Tribe podcast, which aired February 16th of this year. I’ve never been so excited to TAKE NOTES from a podcast episode, but Vegan Business Tribe‘s David Pannell is brilliant! So I decided to make a blog for y’all in case you’d rather read some major points instead of listening to the pod episode.

It’s not a big deal if you make a personal mistake, but if you claim to be a vegan business but are still unintentionally using animal byproducts, you don’t want to be caught in the act publicly by a customer. (If you are, apologize for the mistake, and correct it!)

So let’s go a step further than removing the meat, eggs, and dairy from your biz.

A lot of wine is filtered with animal products as fining agents or to improve flavour, appearance, or the smell of wine. These ingredients include dairy, fish oil, gelatin, bone marrow, casein (milk protein), dried albumen (egg white), isinglass (fish bladder), chitin (fibre from crustacean shells), or protease (trypsin or pepsin) from bovine or procine pancreas, and aren’t required to be on labels in the USA or European Union.

More winemakers are discovering ways to produce wine without these products, so be sure to buy a vegan wine for your next in-person office party or set of client gifts. Americans can already buy from veganwines.com. Vejii will be able to ship their wines to Canada soon.

Do you sell soft drinks in your restaurant?

Lilt (owned by Coca-Cola UK) contains fish gelatin. Fanta‘s dyes are tested on animals. Diet Pepsi says it’s not suitable for vegans, but doesn’t list the ingredient on their label…my guess is it’s either or both a dye and refining agent like the ones I listed above for wine.

I am so glad I’m drinking ice teas again.

If you know of or have a full list of beverage brands that aren’t fully vegan, let me know and I’ll add or link them here!

The name jellybeans comes from…you guessed it: gelatin! Lots of pink and red-coloured candy is made of the cochineal insect (also on labels as carmine, carminic acid, Natural Red 4, or E120). So again, hold off on buying bulk for the office or as party favours unless you know the candy’s vegan. (I’m a sucker for Canadian-born SmartSweets myself.)

Are you a proud vegan baker using sugar? Yes, sugar is vegan, but the refining (whitening) process of white, brown, or powdered sugar uses bone char from cattle or pigs. So you want to be using “unrefined” or “raw” sugar or another type of sugar instead. If you aren’t sure whether your supplier uses bone, ask!

Dextrose is a type of sugar made from corn. Cultured dextrose combines dextrose with Propionibacterium freudenreichii, a bacteria found in dairy.

Lanolin is derived from wool-bearing animals and is commonly used to produce vitamins B and D3. Lanolin oil makes its way into beauty products too, so look out for it; if you’re like me and you get itchy from wearing wool sweaters, if you unintentionally ingest lanolin, you can get a serious allergic reaction or even poisoning. I’m so appalled that this is even a thing that makes its way into food and supplements that are supposed to be good for you!

Why would a grocer label an apple 100% vegan? It seems preposterous, but the shiny coating you see on fruit at the large grocery stores is actually beeswax or shellac (a resin made from the female lac bug). Citrus fruits are another popular waxed fruit, so stay away!

A chocolatier that puts a “vegan” label on their chocolate because they’re using lactose-free milk is still using dairy, so they shouldn’t be using the word vegan.

Ask what “natural flavour” ingredients are, as that could be animal derived.

Europe uses E-codes for ingredients, and other countries have their own codes too. E542 contains bone phosphorus, E469 contains dairy, and so on. Decode that sh*t!

Other commonly used ingredients that aren’t obvious include:

I learned animal byproducts are in so many things, it’s hard to track or even know what the heck an ingredient is. Start small, keep questioning your suppliers (annoyance WORKS), and make that incremental climb!

Below are some photos of bowls taken by Caroline Ross in February, at the deli at Urban Fare (Yaletown location), a grocery store in Vancouver. The labels say “plant-based” but upon a closer look, the bowls contain dairy (caesar salad) and chicken (chicken caesar salad). Caroline reported this to the deli and shortly after, I shared one photo on my social media feed and tagged Urban Fare. They said they would bring it to management, but for all we know the non-vegan bowls are still there, improperly labelled. 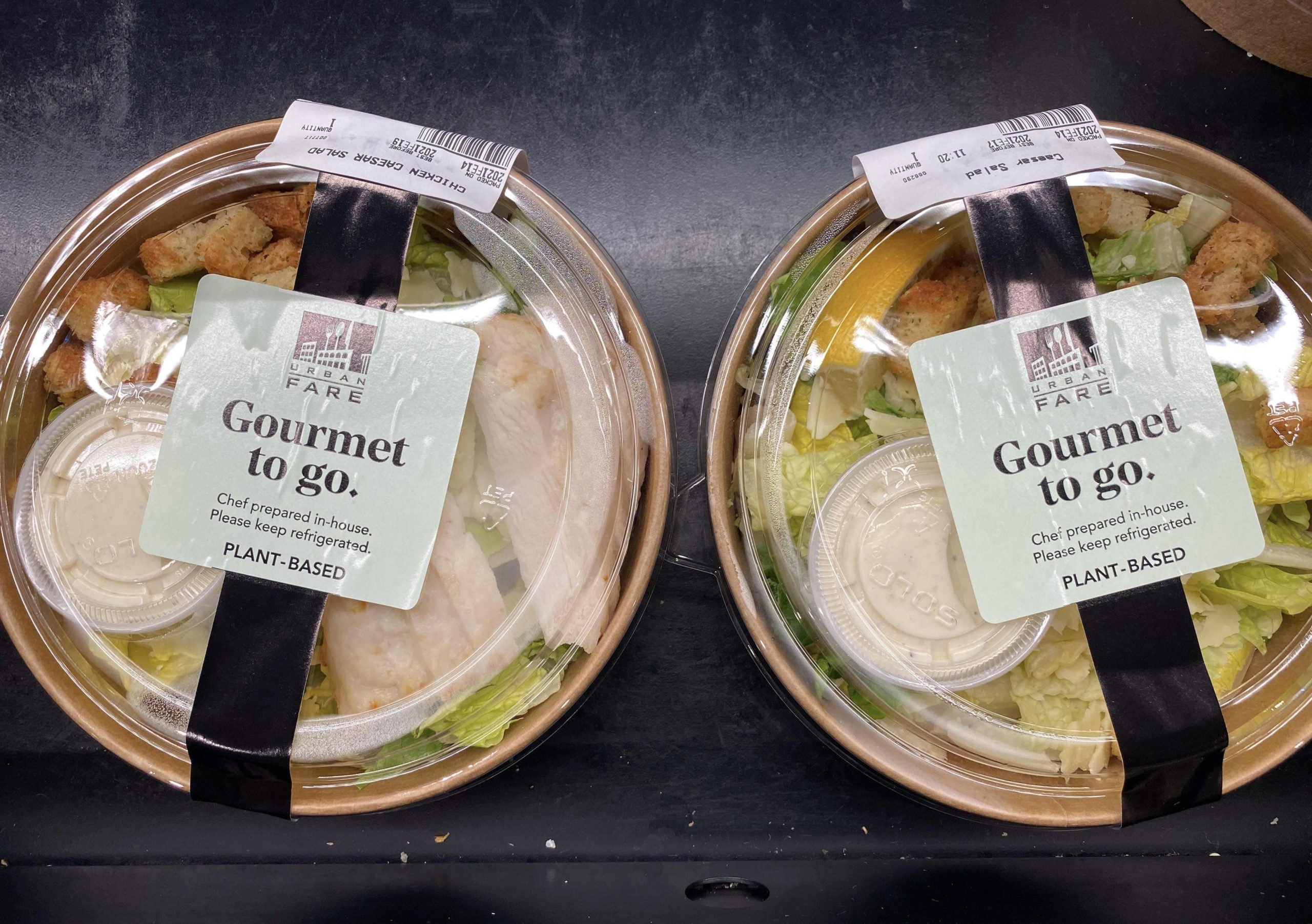 While it may have been an innocent mistake, mislabelling could have serious consequences if someone is allergic to an ingredient they’re assuming is plant-based, not to mention the illnesses you can get from improperly cooked meat. So please, even if you’re not a fully plant-based food business yet, take the time to properly label what IS vegan.

People sue for this kind of stuff in the USA every day. 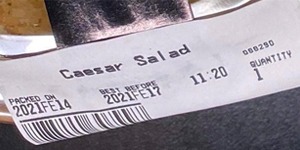 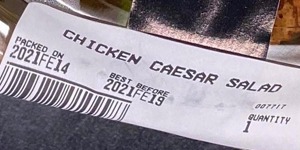 As I talked about in my cruelty-free (“CF”) blog, CF doesn’t mean the same as vegan. Generally, it only means the product hasn’t been tested on animals. However, the ingredients may still contain animal products or have been tested on animals. Until animal testing is a thing of the past and/or most people are eating plant-based, you’ve got to look out for BOTH certifications in this regard (not just the word “vegan”), AND read ingredient labels.

If you want to earn the Vegan Trademark offered by The Vegan Society (the non-profit that coined the term “vegan”), you can’t be testing your product on animals (which would be a given, in my opinion) nor could you earn the trademark if you previously tested on animals.

Big enough to export? Up until recently, China (the second-largest beauty market) mandated testing for cosmetics. Chinese authorities have agreed to no longer test “non-special use cosmetics” imported into China, but only on the condition that manufacturers present a product safety assessment and Good Manufacturing Practice (GMP) certification issued and granted by the seller’s local government cosmetic authority. France jumped on this, but so far as I know, Canada doesn’t have a compliance body. Brands in the USA have also had trouble obtaining these.

These non-special use items include:

The laws also only apply to stores in Mainland China, not Hong Kong, Taiwan, Macau, or e-commerce companies.

While this is a start for animal testing laws in China, it’s far from a ban. Read more on ethicalelephant.com.

Is sharing (kitchens and shelves) caring?

Unfortunately (or maybe fortunately), all the vegans who refused to buy Beyond Meat burgers at restaurants are right. You can’t use the same surface to cook or bake vegan food if it’s also used for making meat and dairy. This is especially important for those with allergies or intolerances like lactose. Customers can get sick from raw or improperly cooked meat too.

If you’re in the food business and can’t afford a kitchen of your own right now, clean surfaces well to avoid cross-contamination and have your food separate from any fridges or shelves containing animal products.

Hiring a promotions team to do sampling for you? Make sure staff are changing gloves and utensils. Seems like a given, but still worth stating.

Genetically modified organisms aren’t all animal derived, but if they are, that obviously doesn’t count as being a vegan product.

Is our office vegan?

This one’s for the service providers and office stars: Is your furniture, cleaning products, hand soap, printer ink, or lamination glue vegan? What else in your supply chain might be animal derived?

Would you rather use a vegan service provider to do your accounting, design your website, or help with content marketing, photography, or videography? You can find those types of professionals in vegan business networks and directories like my client, vKind. Need a vegan content writer or editor to help you communicate effectively with your audience? Check out my services and contact me!

Have I missed any non-vegan items that could sneak their way into your business? Let me know in the comments.

If you’re interested in getting help to earn the Vegan Trademark, visit the link or contact David or Lisa at veganbusinesstribe.com.