What I learned after getting super pissed three times in 2017 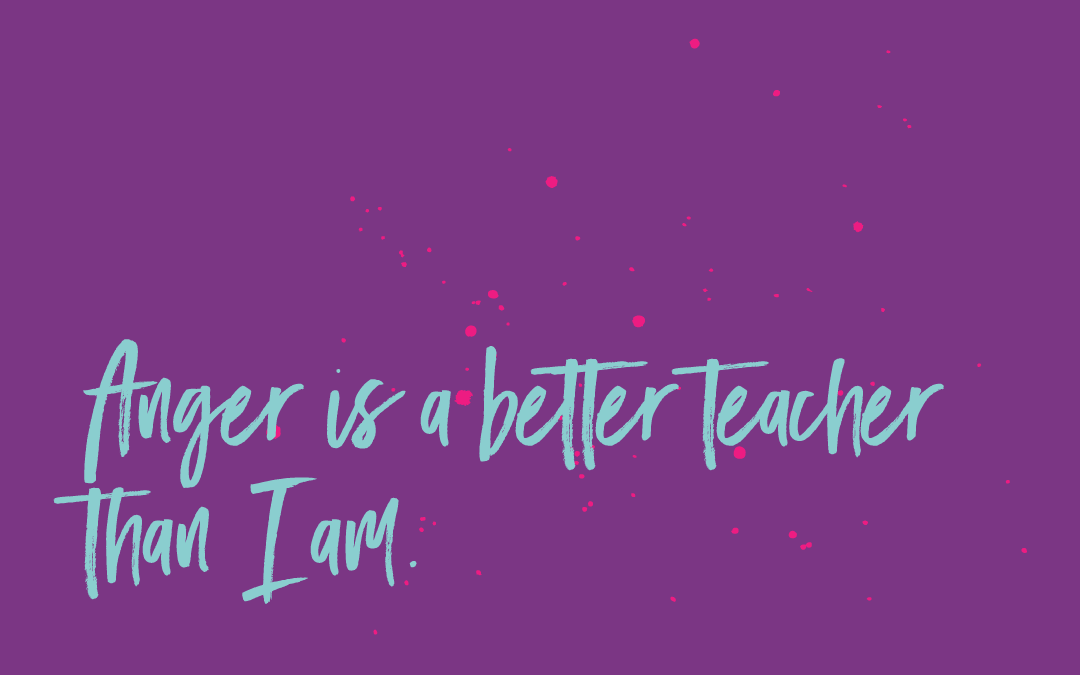 I’m kind of laughing as I write this.

If you’re introverted like I am or even an extravert who doesn’t get angry very often, you’ll know how uncomfortable it is to explore this side of yourself.

Like balling my eyes out, raging angry is just one of those places I don’t go to very often, at least not visibly. Don’t get me wrong, I like my fair share of arguments about which Netflix series is a better binge; complaining about the state of the world with my hubby as we listen to the news over lunch has become a comforting daily routine. 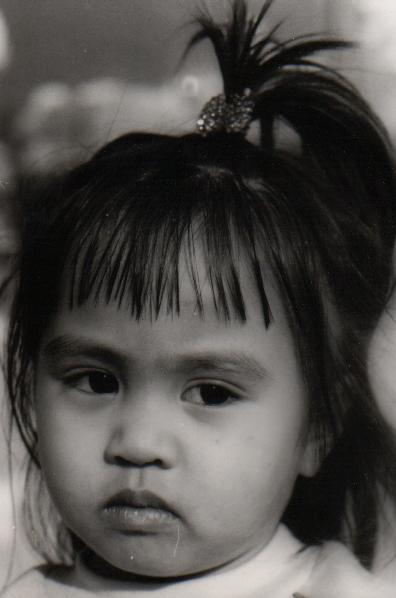 I’m talking about that steamy-headed, red-faced, I’d-rather-stab-my-eyes-out-than-deal-with-this kind of anger.

In my wise age of 35, I get this angry so infrequently that I can now start to count the times that it happens. And I can now distinctly remember three times this year when it did, and am now thanking the Universe because I feel like there was a reason for experiencing each of these moments.

Earlier this year, I helped my parents clear out almost 30 years worth of trash and old items in my childhood home, in preparation for a move to my sister’s house, which didn’t end up happening.

I spent 3 days over two weekends on the worst of the rooms – my parents – which doesn’t get tended to at all. In my before/after photos, I called this room Hoarder’s Paradise.

It wasn’t actually the mess that was the problem. One of the reasons why I love organizing and decluttering is the ceremonial aspect of it – the cleansing, meditative state I can get into while catching up on podcasts I never listen to regularly.

I can identify a few things that added to the job that was the incline on this roller coaster to anger:

My sister had left me to my devices on Day 1, and I was frustrated because I didn’t think that doing the laundry was doable along with the decluttering. But when I tried it, I discovered it was. Something to do on break time, basically. So despite my initial anger, I pushed on, and it was fine.

It was after an exhausting Day 3, when my job was pretty much done (at least on the outside — there was no time to purge drawers and closets), something my father asked me that had a really obvious answer took me over the edge. It felt like adding insult to injury, although I know he didn’t mean it. When I got home, I meditated and knew I had to call my sister and vent. The amount of tears that I produced felt like years worth of rain. But I healed.

One of the biggest lessons I learned in that entire experience was that I could no longer treat my parents the same way I did when I was younger. Our relationship isn’t child-parent anymore; it’s adult to less understanding adult. And I realized how much sympathy and empathy I was really lacking as an adult.

And also how much of an amazing multi-tasker I am. I may not enjoy it, but I’m fucking good at it. And that served me well this year. Juggling my business and a few side hustles, including selling some of the perfectly good, unused items I acquired from my parents. Sorry, mom. But thanks for…

One section of the bedroom, before and after. It now looks closer to the first photo, but with more floor room. Seeing the fruits of your labour be destroyed is a lesson for another day. 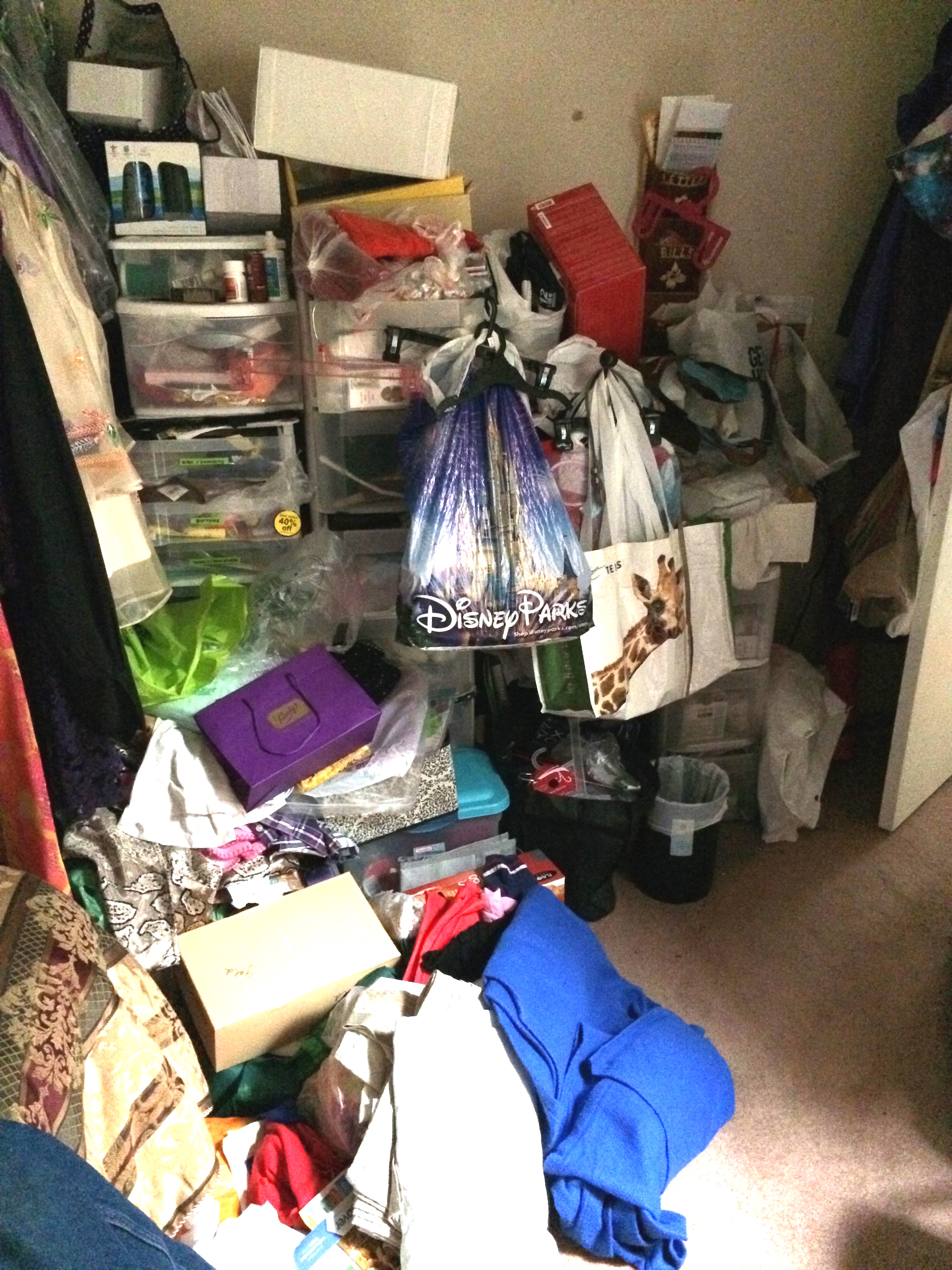 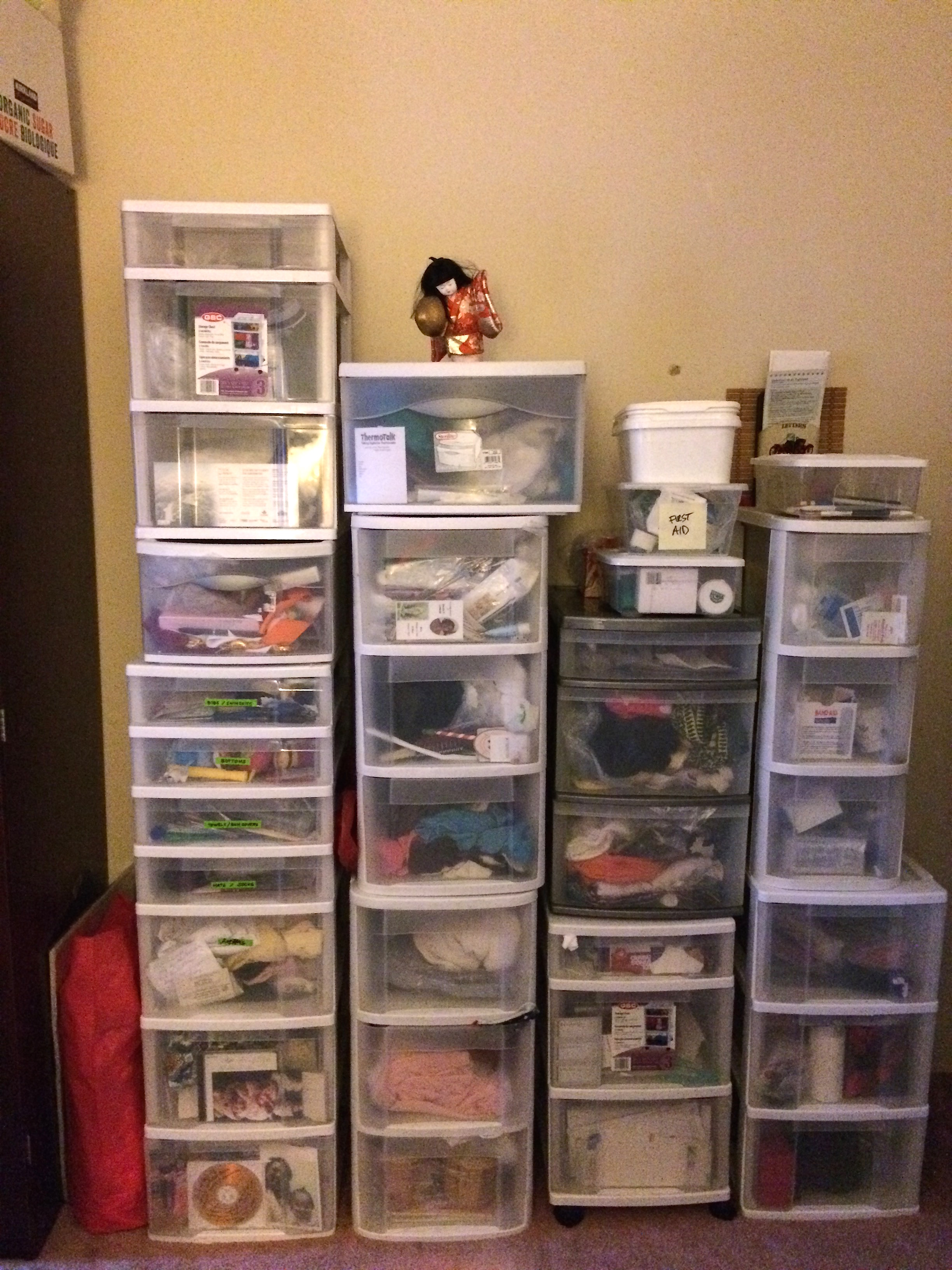 2. I invested over $10.5k in one of the least ethical businesses in the world

This one is a lot different from instance #1 as it didn’t happen over the course of 23 hours but over almost four years. If you’ve subscribed to my e-newsletter and received my Guide to Conscious Living, you’ll have learned about a few self-development programs I took that changed my life. And I still don’t regret a moment I spent, because the programs helped me positively and changed things that really wouldn’t have in my life or business had I not taken them and learned from amazing people and coaches. It’s the investment I get pissed about. Because I hate the feeling of regret I get when I burn money.

The longest period I was in one of the programs (which prides itself on being “an expression of a noble human civilization,” “raising human awareness” and “fostering ethical humanitarianism” – taken directly from their website) was from August 2014 to June 2017 when I was paying $50 USD monthly to gather with women who I called friends on a weekly basis to discuss things I don’t even talk about with my best friends. We downloaded the lessons from headquarters monthly as we gathered with other weekly friendships around the city. It was a real community of women and we believed we were learning to be emotionally stronger and also more compassionate to men so we could work with them to build a better world.

In June, I discovered that some of the people employed in this company were also involved in activities to the extent of blackmail, coercion, and intentional physical and emotional trauma. And that’s only the activities that are publicly known that courageous people have revealed recently. At the time of me writing this, a criminal investigation is still underway. The unethical roots of this company go back as far as the 1980’s, and even though I had read about their history on the Internet prior to getting involved in 2013, the epiphanies I experienced in the first program were enough to convince me that these early media stories were likely all allegations. Until recently.

I was so pissed off – and still am actually – that I spent this much money on a program that ended up being completely the opposite of what we thought it was. I’ve lost friends who are still committed to paying this company and taking their trainings. And I think about that year Leo picked me up from the Skytrain when I took transit after night classes twice a week. And those deep conversations we had in the car that wouldn’t have been sparked had I not learned something new about myself.

In a weird way, it might have done some of the things it promised: raised my human awareness, and fostered a sense of ethical humanitarianism. Cause I know now how you should treat people, and it’s not the way they do. Now I grip my wallet even tighter, especially when it comes to programs that promise they can change your life.

Lesson 2: My intuition is always right, even if it leads me astray initially. 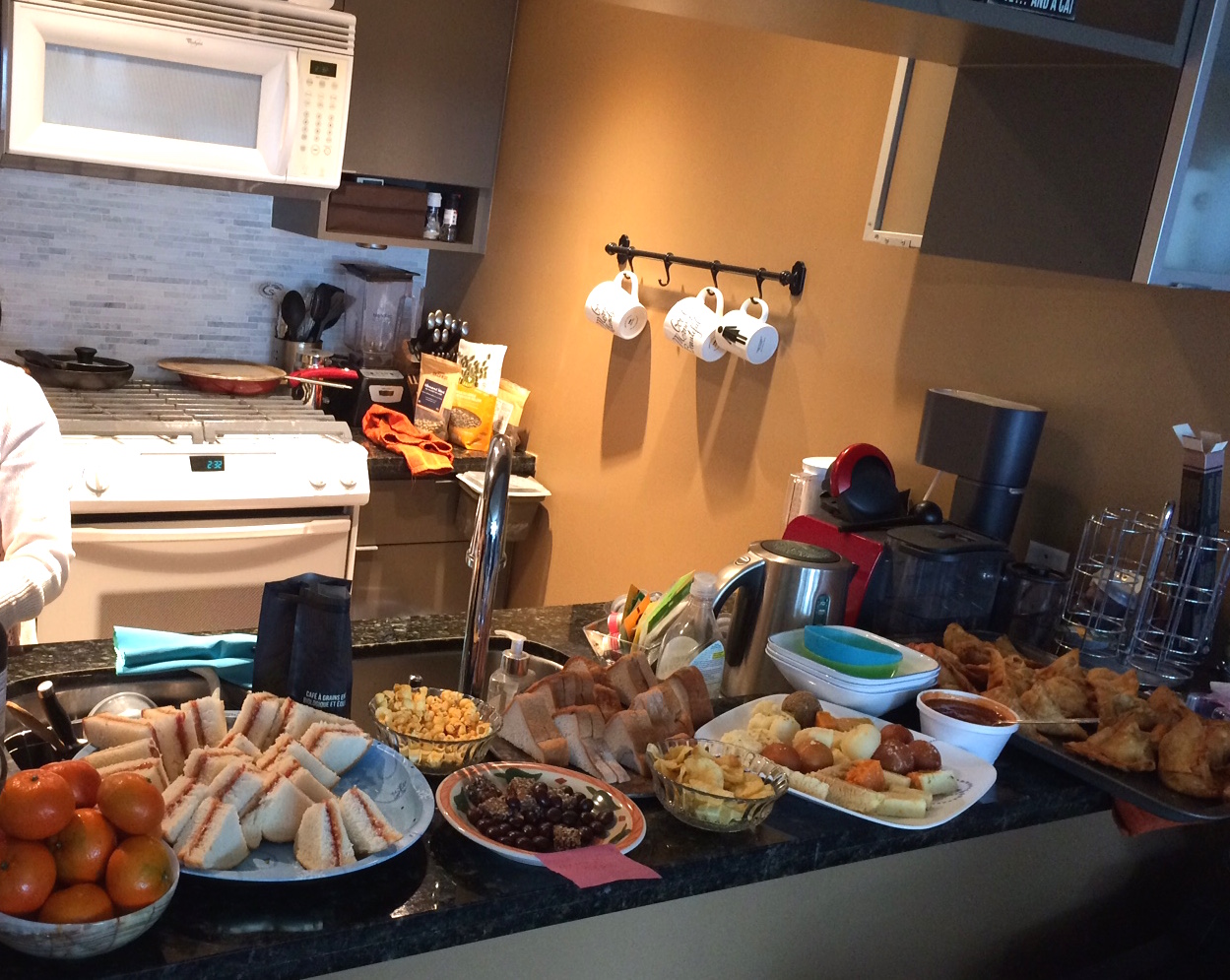 One of the many friendships I attended this past year in which there was food. I really do miss all the times we ate great food together.

3. Learning from people in person is WAY better than teaching yourself (and why grandmas are badasses)

Oddly related to lesson #2, I have learned that it is WAY better to learn from experts than teach myself. And I always thought I’d make a great teacher. Not so.

From about 1992-1994 I was responsible for taking notes at my brother’s piano lessons, then teaching him at home. I was such a bitch of a teacher, probably because I had the position of playing big sister, but also because I knew I could play better than he did. Even if that were true, it was no excuse to be mean. Even my military grandpa called me strict.

At some point last year I wanted to learn to make balloon animals/shapes for my sister’s baby shower. And thanks to YouTube, I learned that this is not as easy as it looks, from even blowing up the goddamn long balloons. I was able to teach myself a few shapes over the course of maybe two hours, but I gained MAD RESPECT for clowns that night. Mad respect.

So it comes to no surprise that just this week, I have tried to teach myself to knit via YouTube, and have become aware of not only what a bad teacher I am, and how hard I am on myself. I have a Pinterest board of different coloured slouchies (slouchy toques) and realized I could probably save a lot of money by learning how to knit and make them, plus it would give me something to do with my hands as I watch TV, instead of surfing social media on my iPhone.

I haven’t yet finished that 15 minute beginner knitting video. After an hour, I made two rows of stitches, and put down my needles and yarn. But I learned something I didn’t before. Boy did I ever get pissed at myself for not being perfect, but it’s more than I knew before.

Every Monday I listen to Gary V and one of the biggest lessons he’s taught me is Macro patience, micro speed. You have to wait a long time to see results, but so long as you’re doing shit to get there, you’ll get there. And my dollar store needles and yarn will slowly and surely get me there. 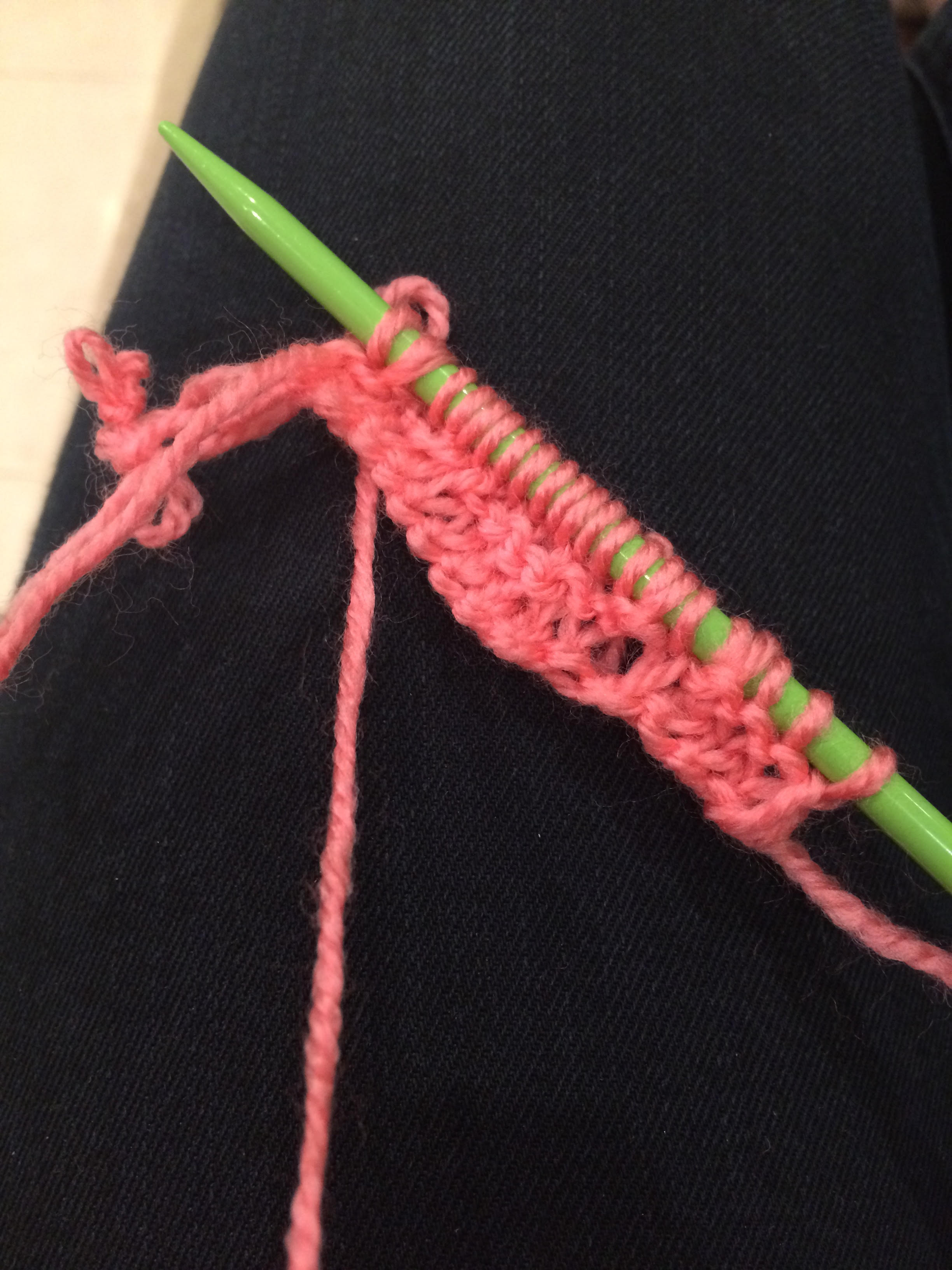 My first ever stitches. God bless my husband for putting up with all my profanity just for this. He really is an angel.

Can you recall the times you were angry this year, and the lessons you’ve learned from those moments?