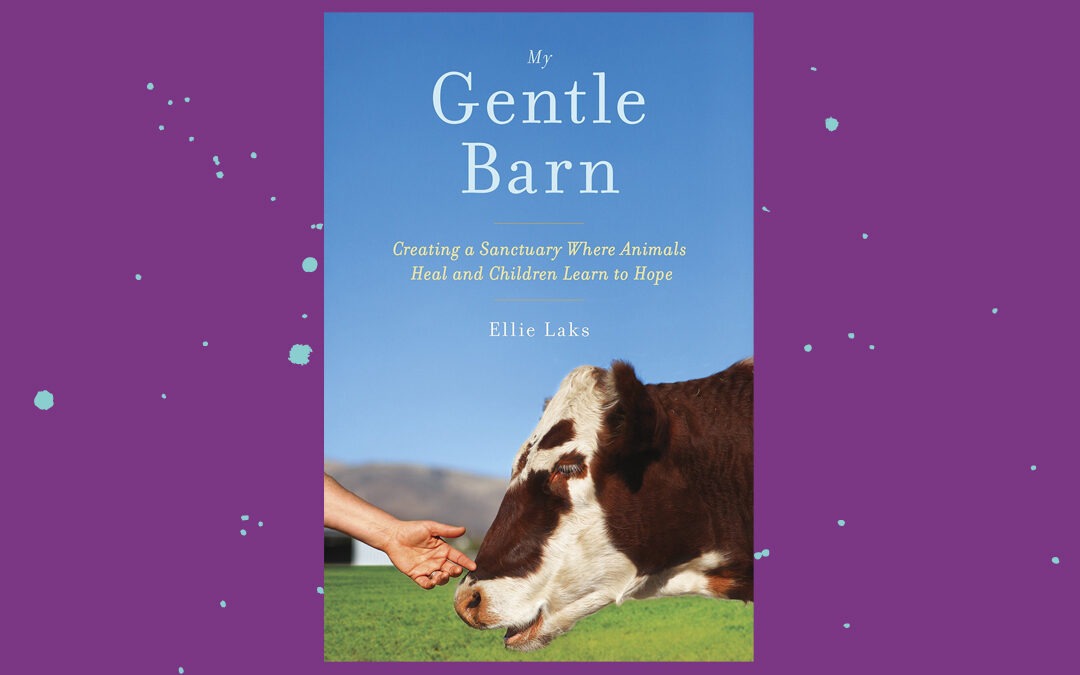 I can no longer remember who has recommend what book to me, but I’m SO glad to have read Ellie Laks‘ My Gentle Barn: Creating a Sanctuary Where Animals Heal and Children Learn to Hope. It’s the first vegan book I’ve read that truly falls under the memoir category! Published in 2014 by Harmony Books, the memoir chronicles Ellie’s childhood, early adulthood and of course, how she started an animal sanctuary in 1999 which still operates today as The Gentle Barn, with 3 locations in Santa Clarita, CA, Nashville, Tennessee, and St. Louis, Missouri.

Is My Gentle Barn a memoir?

Yes! As I’ve already said, we follow Ellie’s childhood, which is harrowing at times as she talks about being sexually abused (and not believed) and not being recognized for her intuitive connection to animals.

As we move into her adulthood, she reveals how she survived an addiction, founded a non-profit animal rescue, got married and had children, and began working with at-risk children, for which The Gentle Barn is well-known.

We learn about her sanctuary’s expansion, how she got married for the second time, and how she managed to juggle having children. She and The Gentle Barn survive financial hardships, natural disasters, and the rescuing of countless animals it didn’t have the capacity for.

I don’t want to spoil how The Gentle Barn earned some amazing media coverage, but let’s just say social media and the help of a TV celebrity helped them out!

Is My Gentle Barn a vegan book?

While veganism is not mentioned at all, I found out after reading the book that Ellie was once vegetarian and then became vegan after learning about what happens in the dairy industry. I can’t imagine many sanctuary owners or founders aren’t vegan. It doesn’t make sense to rescue animals and simultaneously perpetuate the same industry that’s operates on killing them.

Although the book ends around the time the book was published in 2014, you can visit The Gentle Barn and follow its journey on social media. Could Ellie publish a second book that picks up where this one leaves off? Sure. But I’d rather try and visit the sanctuary myself!

Although this book is close to 270 pages, you’ll find it hard to put it down. It’s honest, brilliantly written, well-edited, and a great addition to a vegan library. If anyone knows who edited the book, please let me know!