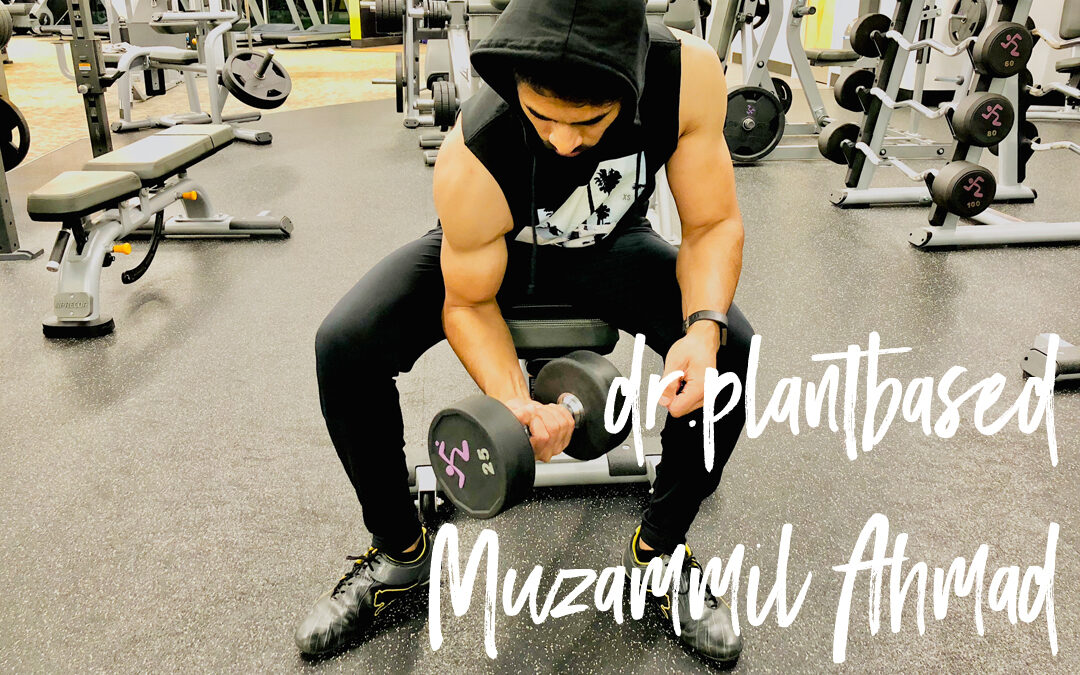 From medical student to vegan influencer

Being on the west coast of Canada, “dr.plantbased” Muzammil Ahmad wasn’t on my radar until I saw his face on the cover of Canadian Vegan Magazine (now Global Vegan Magazine). I knew that I wanted to feature at least one vegan doctor in my book to talk about how they market themselves, so I’m glad that I met Muzammil at the Vancouver Planted Expo in 2021 and he was able to contribute his marketing story to complement the other plant-based doctor I talk about in the book, Dr. Michael Klaper.

Muzammil has since graduated from medical school, but he talked about how his journey began with a student club in university. What began as a passion to raise awareness about plant-based nutrition at his campus grew into a flourishing online community. He started the first plant-based nutrition club at his medical school to spread the word about the evidence and literature on plant-based nutrition to students, faculty, doctors, and deans. He said, “Eventually they started being appreciative and accepting of the information I was sharing, but it takes a long time for big organizations like medical schools to change the curriculum. There’s so much bureaucracy and a lot of red tape. So as much as I was passionate about doing that, I wanted to get the information out directly to the people. That’s when I decided to start my Instagram account.”

Muzammil started presenting his work on nutrition and lifestyle from medical school at conferences and began meeting people with larger circles of influence like Dr. Cyrus Khambatta and Robby Barbaro from Mastering Diabetes, and Registered Dietitian Brenda Davis, who connected with him online. “Whenever I would make an infographic that they found valuable, they wanted to support me, so they started sharing my stuff on their pages and that got me a lot of followers initially. I wanted to keep raising awareness, so I was interested in a podcast,” he said.

When Muzammil found out that starting a podcast would require some equipment, platforms, and graphic design, he and a fellow student told their medical school about the research behind the podcast and the sustainability piece of plant-based nutrition and vegan diets. They received a thousand dollar grant to start the podcast because no one had ever done a project involving sustainability at the school. Once they started the Plant Prescription Podcast, that’s when Muzammil’s marketing took off. When they interviewed big names, those guests would share the podcast episode on their platform, share posts on social feeds and Stories, and tag @dr.plantbased on Instagram.

Muzammil wanted to create more resources, so he self-published an ebook called the Plant-Based Nutrition Guide and marketed it on social media, paying for ads on Instagram. “When you make sales, it ends up covering the cost of marketing,” he said. Eventually, he wanted to offer the ebook for free, so when he started writing his second ebook, Weight Loss Without Counting Calories, he sent emails to people who downloaded the first book telling them about the second book. Today, Muzammil now gets asked to speak at events.

If you’re interested in becoming an online influencer like Muzammil, know that it takes a lot of effort and patience in the beginning. Here’s a nugget of wisdom from him that can also help companies work with influencers:

Initially, I wasn’t even thinking about making any financial gains out of this; they have come naturally. Now vegan brands reach out to me and then I work with them if I find them ethical and sustainable, and both of us would benefit. I’d benefit financially, but also, they benefit from getting exposure. They will also end up sharing my post on their page, which would increase exposure to my account. Collaboration is a huge key to working with like-minded people who are interested in growing but also helping people. You can work together and help each other grow, but also help people in the process. 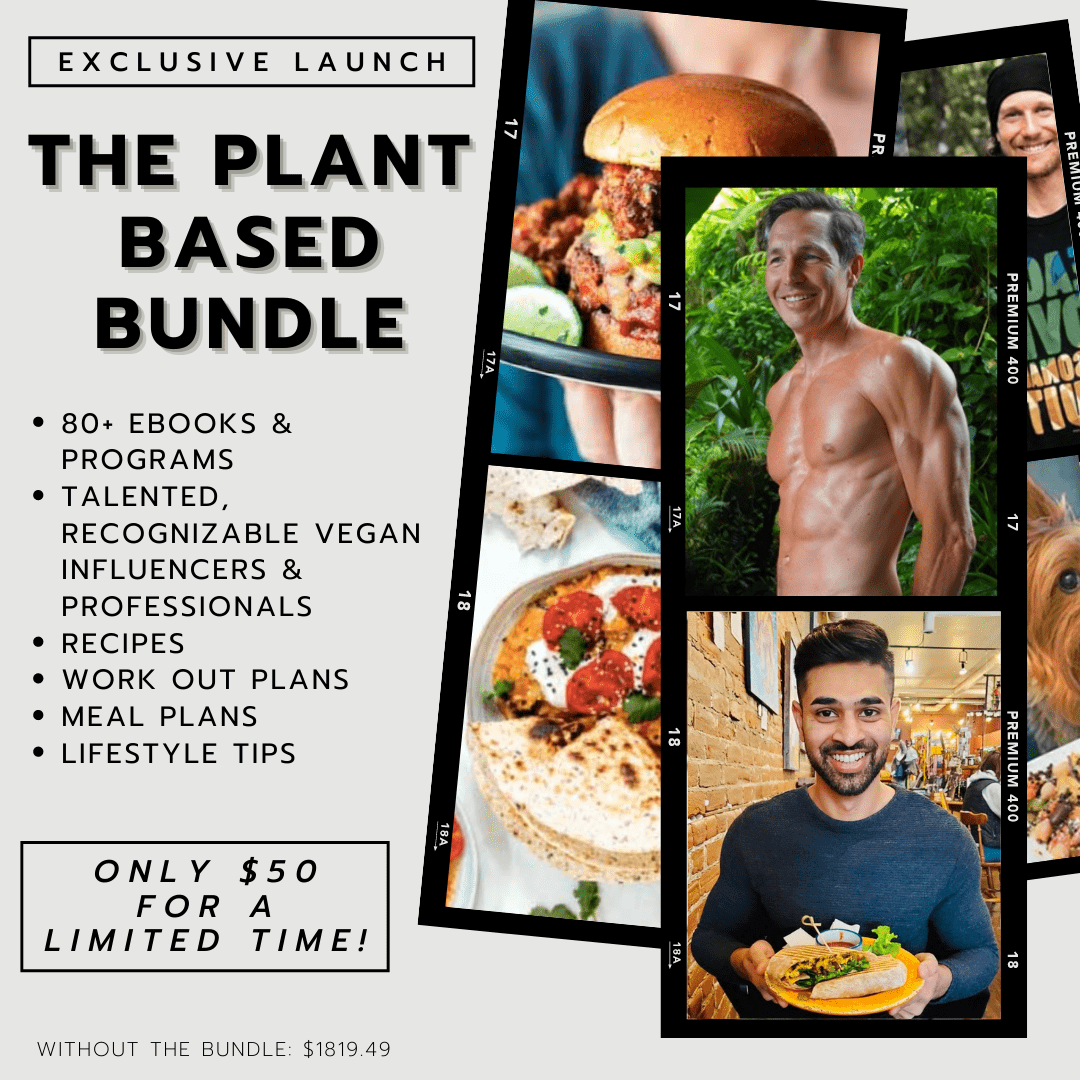 Collaborating with other vegan authors and influencers was a huge part of how Muzammil grew his online community. After he published his ebook, a group reached out and wanted him to contribute to a plant-based ebook bundle. “Now I was working with all these large Instagram (and not Instagram) vegan influencers who had their own books. We would all market the bundle, and depending on the bundles we sold, we got a portion of sales. But that brought a lot of views and followers to my Instagram and website,” he said.

Muzammil also talked about how his content changed during the pandemic. Continue to follow him as he embarks on his medical journey!

Vegan Marketing Success Stories is now available in ebook, paperback, and audio on Audible. Visit my products page for all the links.