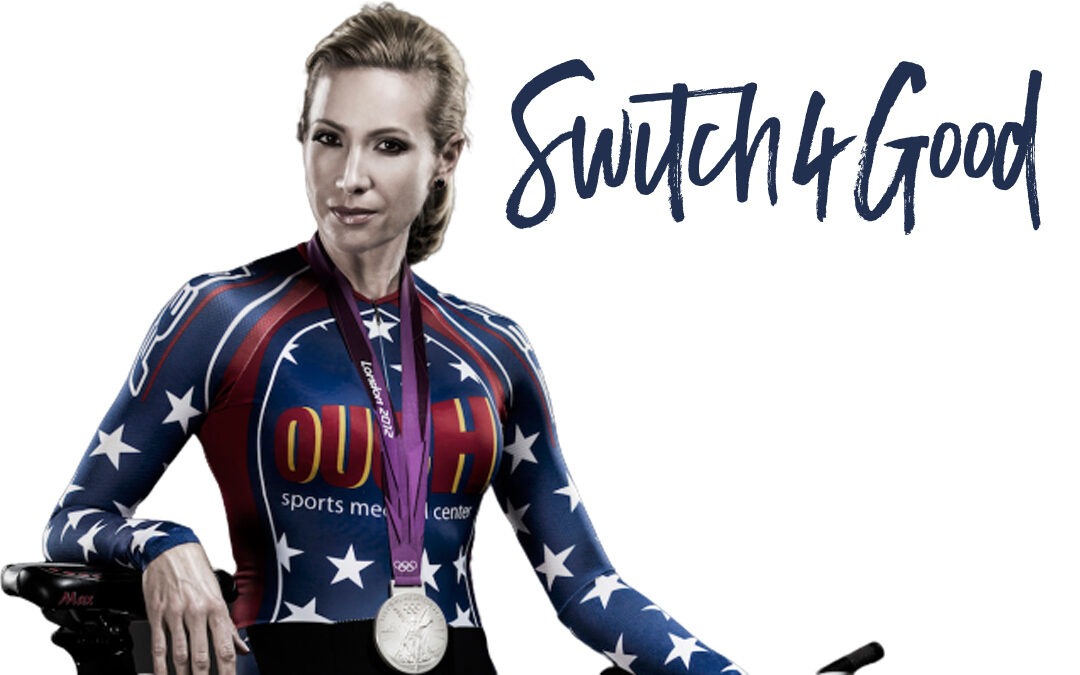 From vegan Olympian to non-profit leader

American non-profit organization Switch4Good almost wasn’t going to make it into the book due to lack of approval, but the fab Kezia Jauron at Evolotus PR read and endorsed my book and gave me her blessing to include it—so you can thank her!

In Chapter 2 on Advertising and Direct Marketing, I talked about how a TV commercial catalyzed Switch4Good’s creation:

“A TV commercial involving athletes catalyzed the creation of Switch4Good, a non-profit organization. While watching an ad during the 2018 Winter Olympic trials that stated nine out of ten Olympic athletes grew up drinking cow’s milk, American cyclist and Olympic athlete Dotsie Bautsch felt she could no longer stand by as the dairy industry pushed its products on athletes or used their platforms to sell dairy to the American public through lucrative sponsorships. She gathered together a crew of six other dairy-free Olympians—helmed by Academy Award winning documentarian Louis Psihoyos—and filmed a series of commercials in response to the misguided pro-dairy ad. The TV commercial featured six athletes proudly declaring they had ‘made the Switch4Good’ to improve their athletic performance, and it aired during both the 2018 Winter Olympic Closing Ceremonies and the pre- and post-Oscars shows. Fuelled by the positive responses of other elite dairy free athletes around the world, this tiny team blossomed into a full-blown, women-led, non-profit organization that is now over 400 athletes and medical experts strong. The extended versions of the ad are available to view on YouTube, along with Switch4Good’s other public service announcement-style videos.”

Here are a couple of the most-watched videos:

When researching online for publicity stunts executed by vegan businesses, I came across a spoof news release targeted against Starbucks and learned that Switch4Good was behind this campaign! I wrote:

“Similarly, in January 2022, Starbucks in the UK—arguably one of the world’s biggest coffee chains—announced it would remove surcharges for dairy-free milk at all of its locations, which is just over one thousand stores. While it coincided with Veganuary, the announcement came shortly after a spoof press release spearheaded by Switch4Good, the American non-profit dedicated to disrupting norms around dairy and health I talked about in Chapter 2. While publicity stunts usually take place off-line in public places with news media alerted in advance, they can be just as powerful online.”

Here’s a bit of that faux news release I thought was really impactful:

Starbucks’ initiative to eradicate dietary racism reflects the fact that a startling 65% of the world’s population cannot digest dairy—a condition known as lactose intolerance. Lactose intolerance disproportionately affects Black, Indigenous, and People of Color (BIPOC) communities. Symptoms can be severe and include intense stomach pain, diarrhea, gas, bloat, nausea, and other gastrointestinal distress. (Don’t get me started on my hypochlorhydria adventure!)

Starbucks has a history of seriously considering the advancement of racial equity. In 2015, our Race Together campaign sparked a national dialogue at a time of increasing unrest in cities across America. In 2020, we reversed our stance on allowing our store partners to show their support for Black Lives Matter and provided more than 250,000 shirts with a message of solidarity. And, the new Starbucks Community Resilience Fund plans to invest $100 million in community development projects in BIPOC neighborhoods nationwide by 2025.

Encouraging customers to try non-dairy options at a fair price—and implementing an added charge on dairy—moves Starbucks closer to its goal of cutting carbon, water, and waste footprints in half by 2030. By relieving some of the pressures placed on the earth by the resource-intensive dairy industry, Starbucks is taking strong steps toward becoming a resource-positive company that takes less and gives more to the planet in every aspect of its business.

Now I want to get closer to a world that charges for dairy instead of healthier, plant-based alternatives. Thank you for helping us get closer to that world, Switch4Good!

The Vegan Marketing Success Stories ebook is now available to purchase on Lulu.com and other sites here. The paperback and audio book launch November 1 on Lulu’s bookstore and Audible.