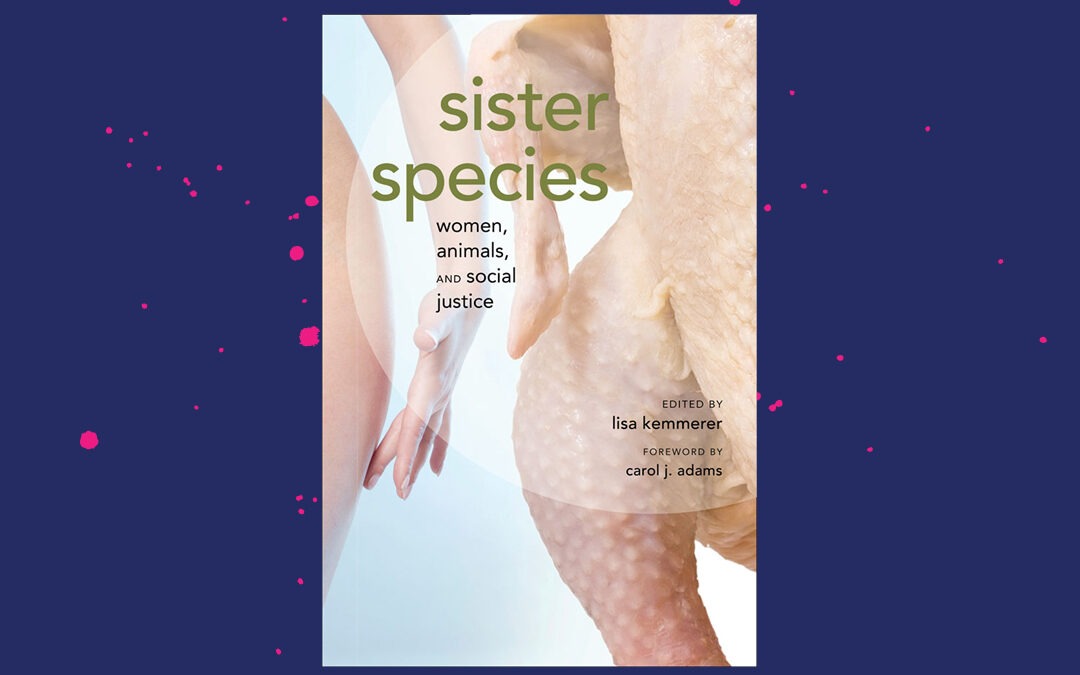 Not a vegan memoir, but another great anthology worth reading.

Like Sistah Vegan, this is another book that was recommended to me as a vegan memoir. Published in 2011, Lisa Kemmerer‘s Sister Species: Women, Animals, and Social Justice is a compilation of essays and stories by women involved in animal advocacy. It’s Kemmerer’s fourth book (of 10) and was published by University of Illinois Press.

Kemmerer’s introduction is powerful, though bleak. She argues that veganism intersects strongly with feminism and racism, which I learned when I read Sistah Vegan (referenced at least once in this book). She’s even intentional with the language in the book; as most exploited animals are female, she chooses to refer to them as who/he/she vs. it/them.

Is Sister Species a memoir?

No, Sister Species isn’t a memoir but it contains elements of it. Each submitted chapter is different and what they all have in common is a story of realization that animals should not be mistreated or killed. Many authors talked about their childhood and how they felt about animals at the time and how that changed as they became adults.

Is Sister Species a vegan book?

Although we can’t call Sister Species a vegan memoir, it’s definitely a pro-vegan book. I can’t speak to the ink and I don’t know whether each author identifies as vegan. Kemmerer, the book’s editor, identifies as vegan and all the female authors speak to vegan issues. Here are a couple of other notable facts:

Even though this book is over a decade old, like Sistah Vegan, it’s a classic compilation worth adding to your vegan library.