The Food Revolution is not a vegan memoir, but it’s worth reading.

I’m still baffled as to how this was recommended to me when I put the callout for vegan memoirs, but I’m glad I read it. Becoming vegan wasn’t even on my radar when John Robbins‘ first book, Diet for a New America came out, but I’ve learned how much that book rustled some feathers in the animal agriculture industry.

I also didn’t know John Robbins is the son of Irv Robbins, co-founder of ice cream giant Baskin-Robbins, and walked away from being a part of the family business. He also covers that story in The Food Revolution, his fifth book published by [Red Wheel Weiser] Conari in 2001. It’s a whopping 386 pages of non-fiction, but like Dr. Greger’s How Not to Die, it’s easy to get through.

Is The Food Revolution a memoir?

The book isn’t a memoir, but like all good non-fiction books, it’s got memoir elements. In Chapter 1, Robbins talks about leaving the Baskin Robbins empire and in Chapter 3, he loses a friend to cancer. In Chapter 6, “Got BS?”, he recalls how he was anonymously sent the minutes of a dairy industry meeting in which members talked about how to deal with him. Chapter 9 is the most memoir-like and repeats the story from Diet for a New America of his visit with a pig farmer who knew Robbins was there to critically examine the treatment of pigs. Years later, the farmer ended up harvesting vegetables.

Chapter 12 tells the story of a lawyer who became estranged with his daughter because she was vegetarian. In Chapter 14, Robbins talks about his experience on the Lifestyles of the Rich and Famous TV show even though he didn’t live in a multi-million dollar mansion.

Robbins talks in length about how the meat industry asserted its power and tried several times to silence him, notably after his appearance on The Oprah Winfrey Show in 1996 when Oprah said she’d never eat a burger again (spoiler alert: she won that lawsuit).

Is The Food Revolution a vegan memoir?

No. I don’t think Robbins attempted to convince readers to become vegan, although the book’s a great argument for it. At the time of writing, Robbins did not claim he was vegan but from what I see online he is now, so you could call this a non-fiction book by a vegan author.

Here are a few of the gems I noted throughout the book: 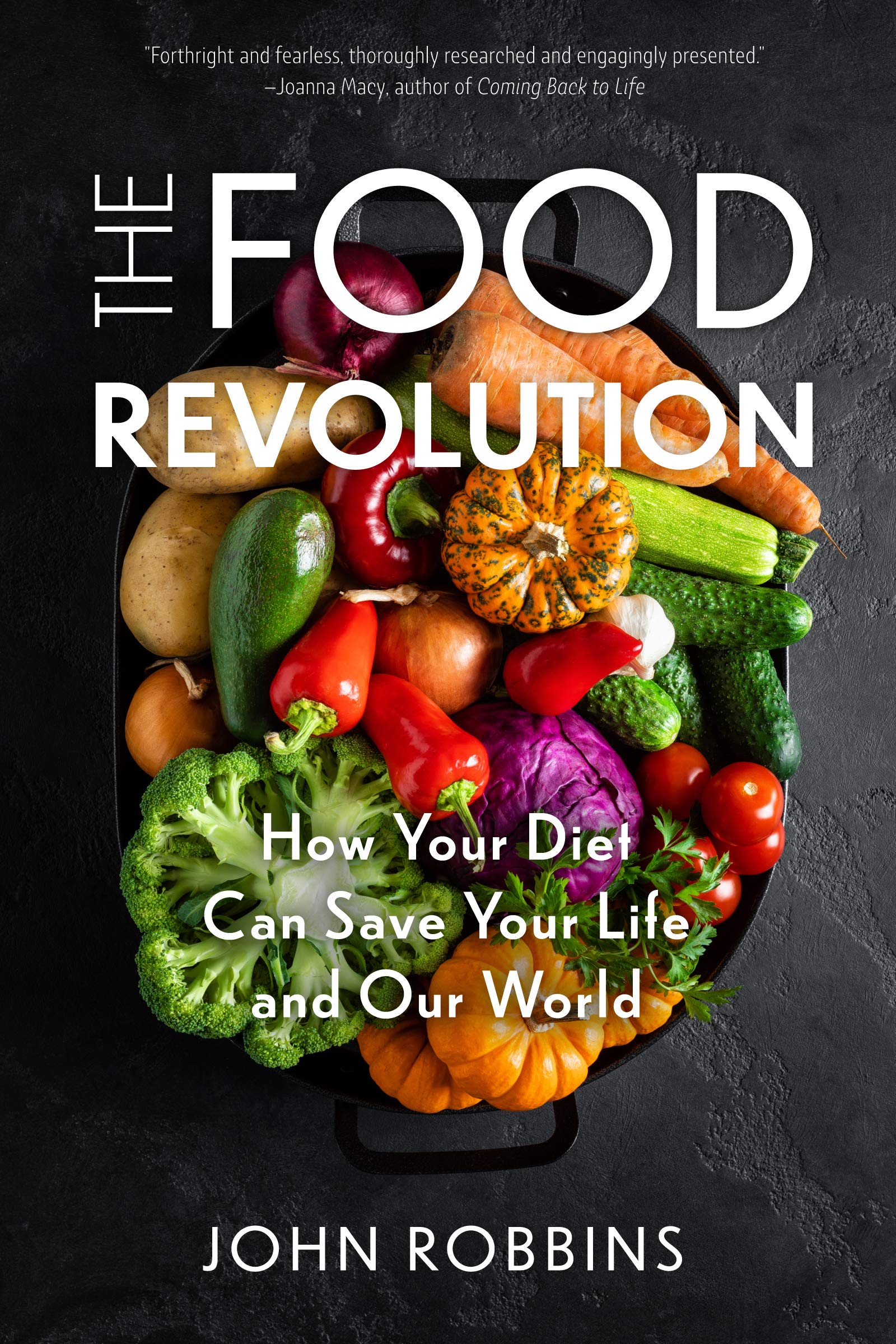 A 10th anniversary edition of The Food Revolution was published in 2010 and Robbins has since written four more books. The newest cover is at left.