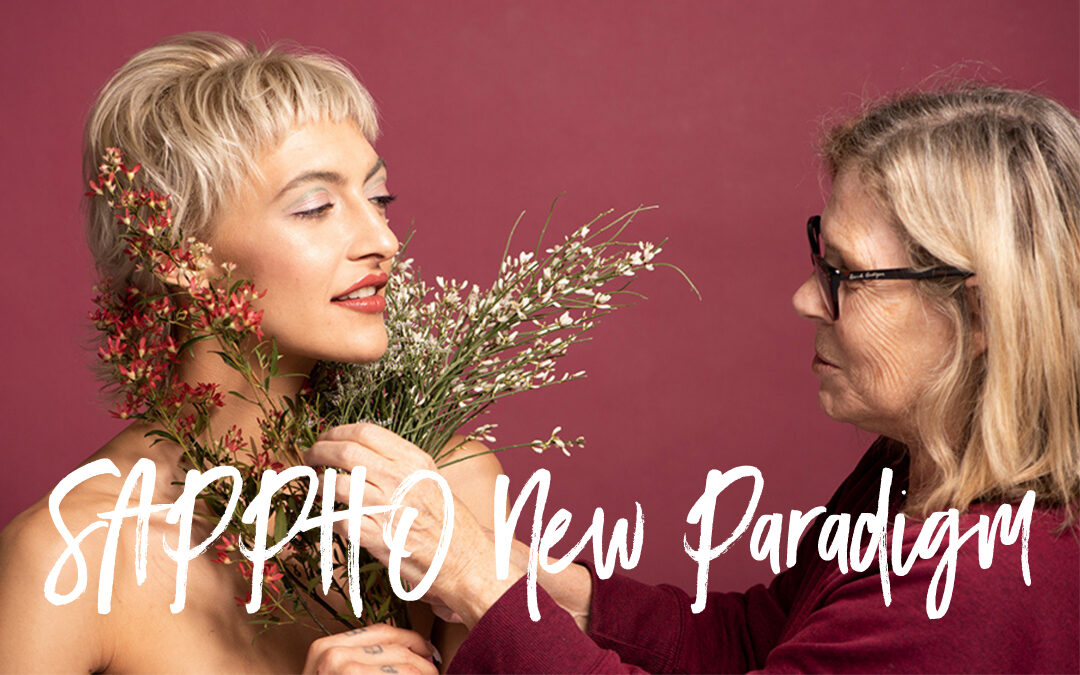 Partnership with a non-profit on a product launch

SAPPHO’s best marketing campaign centred around its Speak Volumes Lip Gloss. SAPPHO learned about Kílala Lelum Health Centre and Social Navigator Alexis (Lexi) Fisher in a CBC article in spring 2021. Fisher possesses a master’s in social work and works in the Downtown Eastside (DTES) of Vancouver where Kílala Lelum operates. SAPPHO completed a photo shoot in July 2021 with Fisher as the face of the campaign. The poster below appears in the book. 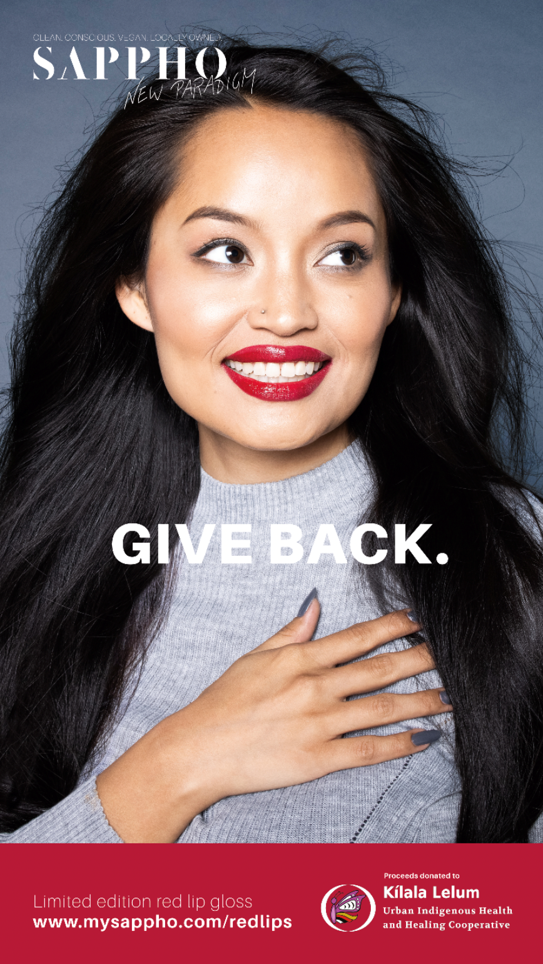 The pandemic delayed the release of the red gloss in the company’s newly designed 100% PCR (recycled plastic) tubes, but on hearing news of the discoveries of unmarked graves of children who attended residential schools in Canada, SAPPHO’s packaging partner in Taiwan donated empty lip gloss tubes. With a goal of raising $10,000 by the end of 2021, net proceeds of the product supported the Kílala Lelum Centre.

“Lexi and the Kílala Lelum Health Centre both stayed on our minds, and in large part are why this special collaboration on the red lip gloss came to be. We’re incredibly grateful to Lexi, makeup artist Jaylene Tyme, and the Kílala Lelum team for working with us on this campaign,” said JoAnn Fowler, Founder & Creator of SAPPHO New Paradigm (pictured in header photo). It’s not only a great example of a collaborative campaign, but also one with a noble cause attached to it.

SAPPHO New Paradigm was a vendor at this year’s Planted Expo in Vancouver (also briefly mentioned in the book) and not only did I purchase some products, but JoAnn colour matched me and gifted me with the products she used! I’m proud to have featured this local beauty business making a difference in our community.

In the book I also talk about how SAPPHO New Paradigm used the pandemic as an opportunity to rebrand.