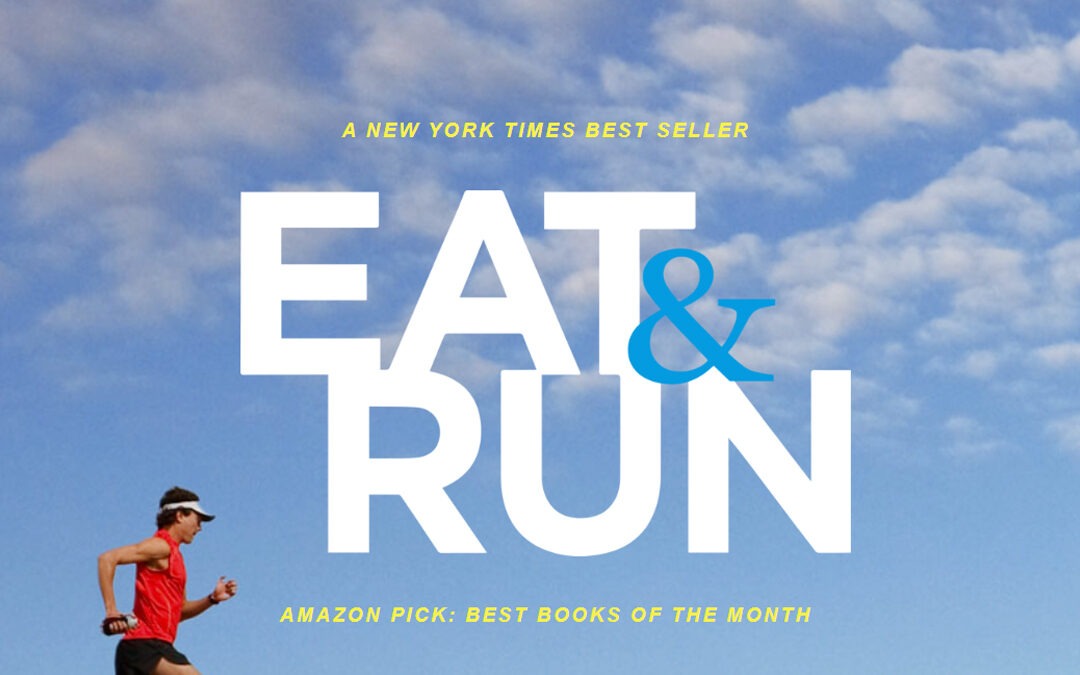 This vegan memoir is a story about eating and running.

So the next book on my vegan memoir list was going to be from 2005 but it took a while for my local library to get it to me so I fast forwarded another eight years to Scott Jurek’s Eat & Run: My Unlikely Journey to Ultramarathon Greatness, published in 2013 by Mariner Books. While some sites do not recognize the ampersand symbol (&) as part of the title and call it “Eat and Run“, I’m using the title as referenced on Jurek’s site.

The book is catchy and moves quickly, like a runner does. Co-author Steve Friedman is credited, who I learned through the book was part of Jurek’s running life. It was a good move on Jurek’s part, if he felt his own writing or voice wasn’t strong enough for a book. So let’s get into it!

Eat & Run is definitely a memoir.

We start in the middle of one of Jurek’s toughest races in 2005, Badwater 135, which covers 135 miles (217km) non-stop from Death Valley to Mt. Whitney, CA. Then we jump back in time to his childhood and family life, which is how we understand how his relationships with his parents and siblings and his health diagnosis influenced how he behaved in other areas of his life.

We slowly move forward in time through high school, college, marriage, and his racing career, each chapter marked either by a significant memory or a race.

At a page-turning rate, Jurek also talks about experimenting with a raw vegan diet, becoming the five-time consecutive champion of the 100-mile Western States Endurance Run, setting a record for Badwater 135, racing against the Tarahumara natives of Mexico, getting divorced, running even after developing plantar fascitis (a foot condition), dropping out of races, losing friends, finding his new life partner, and his mother’s death.

The book trailer below gives you a sense of what the pace of this book is like and what it covers.

Is Eat & Run a vegan memoir?

Most definitely. Jurek is still vegan (not that it would matter at present time) and around a third mark of the book, we start learning about his diet as a runner and how his ex-wife’s vegetarian lifestyle influenced him to start trying different foods and see how they affected his race results.

Jurek’s vegan recipes sprinkled throughout the book reinforce his commitment to eating and running as a vegan and provide an opportunity for the reader to take a break from the fast pace of the book.

The book ends in 2010, long before Jurek stopped competing, which makes way for a continuation of his story. At the time of this blog, Jurek’s only 48 years old and will soon be publishing his second book, North, about breaking the speed record for the 2,189-mile Appalachian Trail in 2015, that nearly shattered him. Both books definitely fall under memoir.

Have you read Eat and Run and have more to say about the book? Comment below!