How book editors can work toward social change 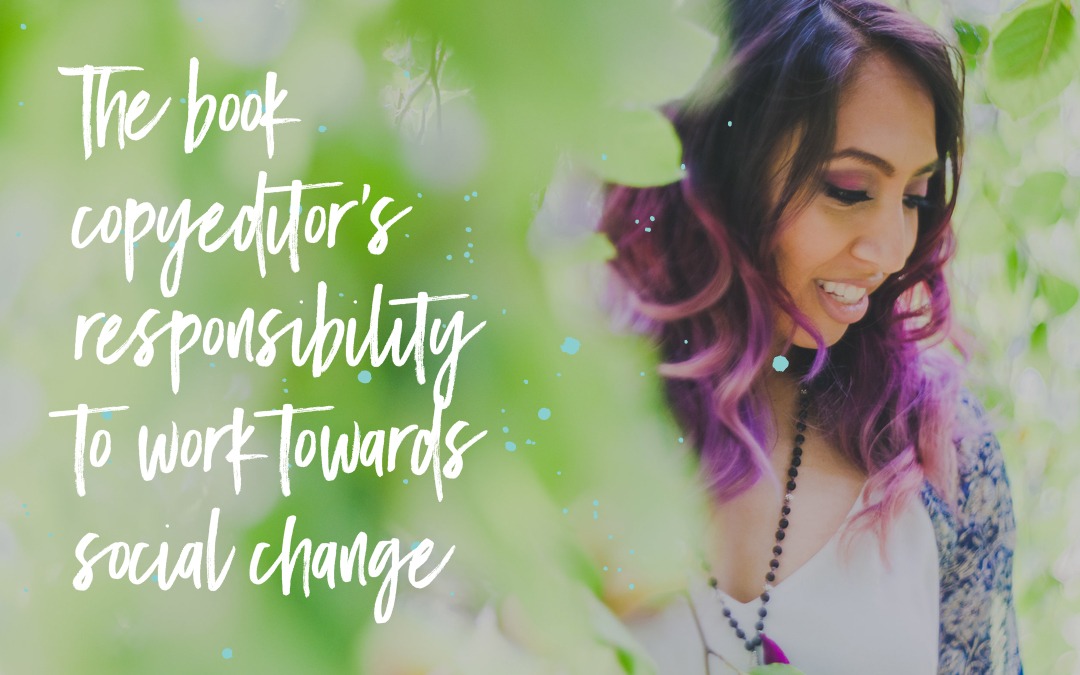 Full disclosure: This post is inspired by an article by Kavita Das published in Poets&Writers. Last year when I took a course on copyediting with the Chicago Manual of Style (CMOS), there was one chapter dedicated to gender bias I found was very “with” the times. It didn’t even occur to me that book editors should not only have this knowledge, but also have the power to make authors aware of biased language. While copyeditors aren’t perfect (we have our own biases after all), we can question outdated and offensive traditions in literature. This could also be another reason to self-publish and hire a freelance copyeditor rather than pitch your manuscript to a publishing house that may not be “with it” in this sense.

Besides the usual duties we expect from copyeditors, here are 4 ways book editors can work toward social change.

Das writes: “Writers who make it through the acquisitions gauntlet and have their work accepted then have to navigate the developmental editing, copyediting, and marketing aspects of the publishing process, which may not value the preservation of authentic voices and perspectives of BIPOC writers. I went into my first encounters with copy editors wary, having heard stories of negative experiences from fellow writers of color. Some were dismayed by how their writing had been whitewashed by having culturally relevant language removed or been pushed to include copious explanatory language, detracting from their narrative.“

In the same way you would ideally want a screenwriter who lived in the Bed-Stuy area of New York in the late 1980s or early 1990s to write a story about living in that area in that time (e.g. Spike Lee’s Do The Right Thing), you don’t want to remove language that might be culturally relevant to the story you want to tell. One of the most impactful books I’ve read was Iceberg Slim’s Pimp: The Story of My Life. I bought the book from a bookstore in 2002 after hearing about it from a university professor. It was one of the most profane and heavily sexual books I’d ever read (even though the language was a bit outdated—the author was born in 1918). I ended up giving it to my brother as a present, but I’ll never forget one of the lines Slim wrote: “…we are the absolute bosses of that whole theater and show in our minds.” 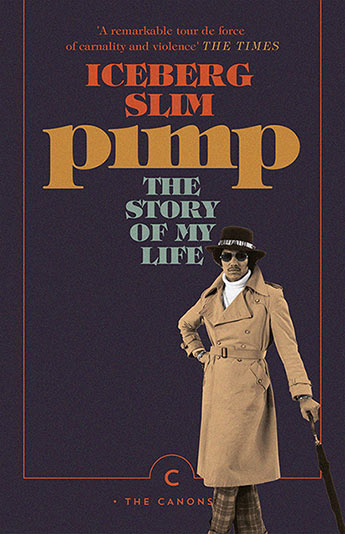 This is also a big reason why I want to edit books by regular people. I want their voices (and language) to be at the forefront. I just finished reading Grace Talusan’s The Body Papers, a moving memoir about life as a Filipina American. I related a lot to her story and even though there isn’t much foreign language (Talusan grew up in the US), I recognized the few Tagalog phrases she used (which were always translated at first instance). As a writing teacher, the book is written with both simplicity and elegance and is what I’d model my memoir on if I were to publish one.

Dennis Norris II said: “Being copy-edited by POC and queer folks, given that those are the identities at work in my writing, has always unquestionably elevated my writing. There has often been an understanding of language and style that doesn’t need to be explained and that the editor is capable of enhancing.”

Is it “African-American” or “African American”? If you’re working with CMOS, you’ll know that hyphens are no longer the norm when referring to ethnic groups, unless it’s an adjective (e.g. French-Canadian accent; British-American War; US-Canada border—see CMOS here). “Black” should be capitalized when referring to racial identity, while the capitalization of “white” is optional; I keep it capitalized for consistency, but have read published books where it has not been.

When referring to Aboriginal peoples, Americans use “Native Americans” or “American Indians,” while in Canada we use “First Nations” or “First Peoples.” “Indigenous” is also very common. If you’re writing about an ethnic group other than yours and you’re not sure how they’d want to be referenced, my one piece of advice is to ASK someone who is of that group. Visit this page for CMOS’s manual on ethnic/national groups.

There are also terms that are no longer politically correct, like “illegal alien” (for describing undocumented immigrants). I’m sure you can come up with a handful of your own.

I read Napoleon Hill’s famous Think and Grow Rich! just a few years ago and good god, I wouldn’t recommend it for this reason alone.

Since I’m vegan, I should mention the growing movement towards genderizing animals using he/she pronouns. CMOS has made no updates to their guide regarding this. I understand and will accept that choice if I work with any authors who choose to refer to animals in this way, but I don’t feel strongly that it’s required. There are animals that have both male and female reproductive organs or only partial reproductive organs, so it makes more sense to me to use it/its/itself or they/them/their/theirs/themself/themselves. (Fun fact: There are lots of animals that have relationships or sex with those of the same sex.)

While we’re talking about animals…

There are a lot of idioms (common phrases) that are offensive to animals. I know they’re not personally offended by what we say, but in the spirit of kindness, I think it’s a good idea to stop using these phrases so that we don’t pass on bad habits. Also, you need time to explain the meaning to non-English speakers and children. Here are just a few that really bug me:

In an increasingly gender neutral world, publishers and authors have attempted to use pronouns and terms like s/he and (wo)man, with little success. You also can’t just use they/them/their/theirs/themself/themselves in the singular, as these are used by individuals that identify as nonbinary (neither male nor female). (Respect preferences for other gender-neutral singular pronouns.) Where the identity of the person is unknown or unimportant, try to remove use of pronouns. Or else, the choice of pronoun may depend on the author.

Gender-specific suffixes are going out of trend: -ess, -ette, -man, -woman, or -person. Sometimes gender-specific language is necessary: “woman’s division,” “female judge,” etc. but avoid “lady” when referring to women. I’ll add “girl” to that mix too, unless of course you/your character identifies as one.

Below are two posts I made on techniques to achieve gender neutrality in your writing. For more information, visit this page in CMOS.

You should also be aware of language referring to people with disabilities. I personally prefer the terms “adaptive” or “differently abled,” but neither are being used in the mainstream. People in this group have also expressed varying preferences, so it’s best to ask people within that group (if possible) how they prefer to be referred to. CMOS recommends putting the person first, or use terms as adjectives rather than nouns. For example, instead of calling someone “deaf-mute,” say “a deaf-and-mute person” or “the caller is deaf and mute.” CMOS doesn’t have many guidelines around this, so here are a few other resources:

Try to avoid language, references, or stereotypes based on race, ethnicity, disability, religion, sexual orientation, transgender status, social standing, or birth or family status, unless it’s central to the story.

I hope this post has revealed that book editors aren’t just around to fix mistakes. We can be gatekeepers and teachers. And we can (and should) always be learning. Fortunately, there are fantastic resources and networks out there which can help us dive deeper into this topic and build on our expertise:

Do you have any other resources to help both authors and editors work toward social change in publishing or language? Share them with us in the comments!

Looking for a vegan book editor, ghostwriter, or formatter to help with your memoir, who’s also a woman or person of colour? Contact me!

Visit this post for a directory of vegan book editors.