Why I probably didn’t say no the next time: my #MeToo stories 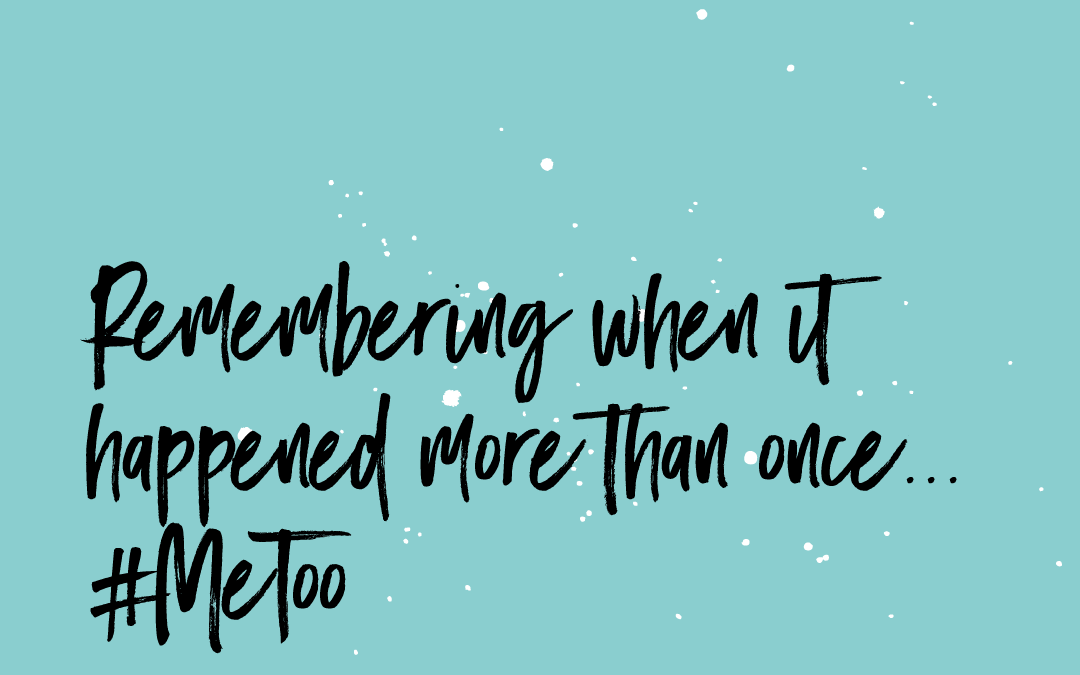 Being a teacher requires humility. A lot of it.

For some reason, entering my late 30’s has got me thinking a lot about adults in their 20s and how naive and privileged they are, as I was. I started thinking about whether I could use my experiences from that age to help them, and thought about all of the journals I’ve kept since I started journalling in 2002. I asked my IG network whether they would read blogs based on my experiences in my 20’s, and only 40% were interested. So I haven’t gone back to the vault quite yet.

But as I started to think about what I was like then, I remembered a few experiences that got me thinking about one of the largest women’s movements prevalent today: #MeToo. And I thought about my early childhood experience of being touched inappropriately, and how that might have been the catalyst to the way I might have interacted – and might still be interacting with – men.

I won’t go into detail about the earliest experience, but basically, I was violated, and it was swept under the rug. I told someone in my family about it, and that person said to say “stop it” if it ever happened again. Luckily, it didn’t.

I’ve only mentioned it once to someone since it happened, and once again online during the first iteration of #MeToo, but now that sexual assault and harassment are being talked about incessantly in the media and 9 out of 10 women have admitted to having some sort of inappropriate experience with a man without consent, it’s been hard to stop thinking about it.

I’m 19 and even though I’m old enough to go nightclubbing, I haven’t that much ’cause I don’t have many friends. My bestie at the time has moved to Toronto for school, and I go for the first time to celebrate her turning 19.

We hit a club downtown, and it’s bumping. I’m having a great time, haven’t gotten super drunk, and BBD’s “Poison” is blasting on the second floor. I’m wearing a white tank top with a sparkly, silver Western design on it, black corduroy flared pants, and platform shoes. Then I feel a set of hands on my hips, and I whip around to face a man looking at me up and down. Actually, there are two men, looking at me the same way. One of them stroke my hips again, I don’t remember who. I’m kind of in shock so I turn around again, trying to ignore them. And I feel the hands again, and my friends are still dancing and smiling and everyone else around me is having an awesome time. So I let them keep their hands where they are and still try to feel like I’m having fun, even though I’m uncomfortable as shit.

After that, I had other instances of dancing with men at clubs, but never the same way, feeling that first sense of shock and violation.

Two years later, I finish an 8-month journey in Toronto, doing my third University year there. In May ’03, I sublet my place to a male student, and the week before I leave, we become friends because of common interests, mainly unconventional movies. He pays for a taxi to the airport, and buys me my last lunch in that city. Then just before I walk into the security gate (the attendant looking at the two of us), I give him a hug and he puts his hand on my ass. Fuck.

In ’05 I finish my degree, and celebrate by going on a few trips to Los Angeles with three of my friends, all of them gay. I was known as the “Token Straight Girl.” At one of the clubs, I feel those set of hands on my hips again, this time from another woman. I turn around, smiling to try and be nice, and say, “I’m straight.” She smiles back, and says, “So what?” Fuuuuck.

“No” doesn’t have to be an angry word, but I think we live in a world where people don’t want to believe you the first time. As a child, I was too innocent and in disbelief to say no to what was happening to me.

And too flattered at that nightclub in downtown Toronto to say no to those guys.

And too much in disbelief to express my disapproval to the friend who touched my ass goodbye, who wasn’t really a friend after all, ’cause we never spoke again.

And too irritated and polite to say no to the woman at the club in North Hollywood.

I’ve been learning a lot about the brain lately, and have learned that repetition breeds the likelihood of instances happening over again.

We should be trained on how to say no, and to mean it.

I can’t help but think that my early experience of not protecting my body led to that invisible boundary of privacy falling away as a child, for others to cross it later. And it’s taken me about 25 years worth of lessons and waiting for an entire women’s movement marked by a hashtag, to learn how to build up that wall again.

To those of you who might be reading and haven’t yet entered the business world or started drinking and clubbing and experiencing other adults dropping their inhibitions and frankly – sense of courtesy or respect – or even if you’re in your 20’s and in that scene right now and enjoying life, please: keep your dignity. Know your boundary. Interact with people you don’t know well in public places.

Treat people – and most importantly, yourself – with respect.

Ask people to dance. Or even if it’s not the norm to ask someone to dance, wait to be told, or at least wait for body signals like eye contact and smiling, and maybe take someone by the hand first, before you go for their hips, ass, crotch, or breasts. And this goes for men or women.

Earlier this year a spiritual healer told me that my soul purpose was to teach. And if I’m not talking, I’m dying. Talking to a camera has never been my strong suit, so here I am talking about a snippet of life in my 20’s that I wish helps at least one young person today. I hope I’ve got more important lessons to share with you again soon.