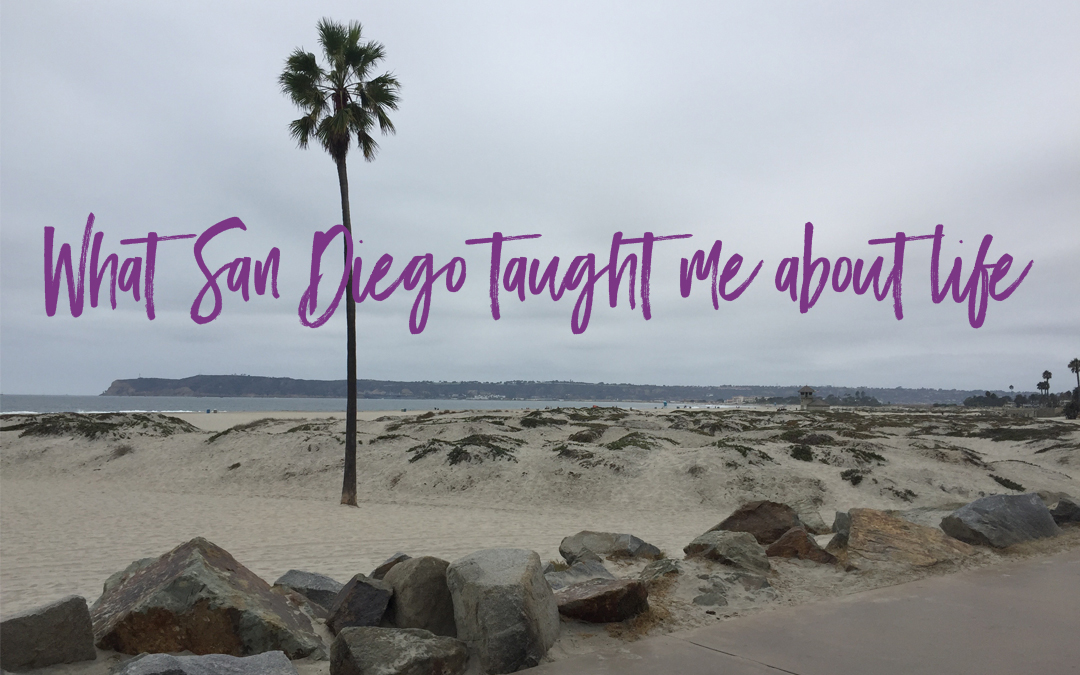 But first: Some cool things about San Diego. 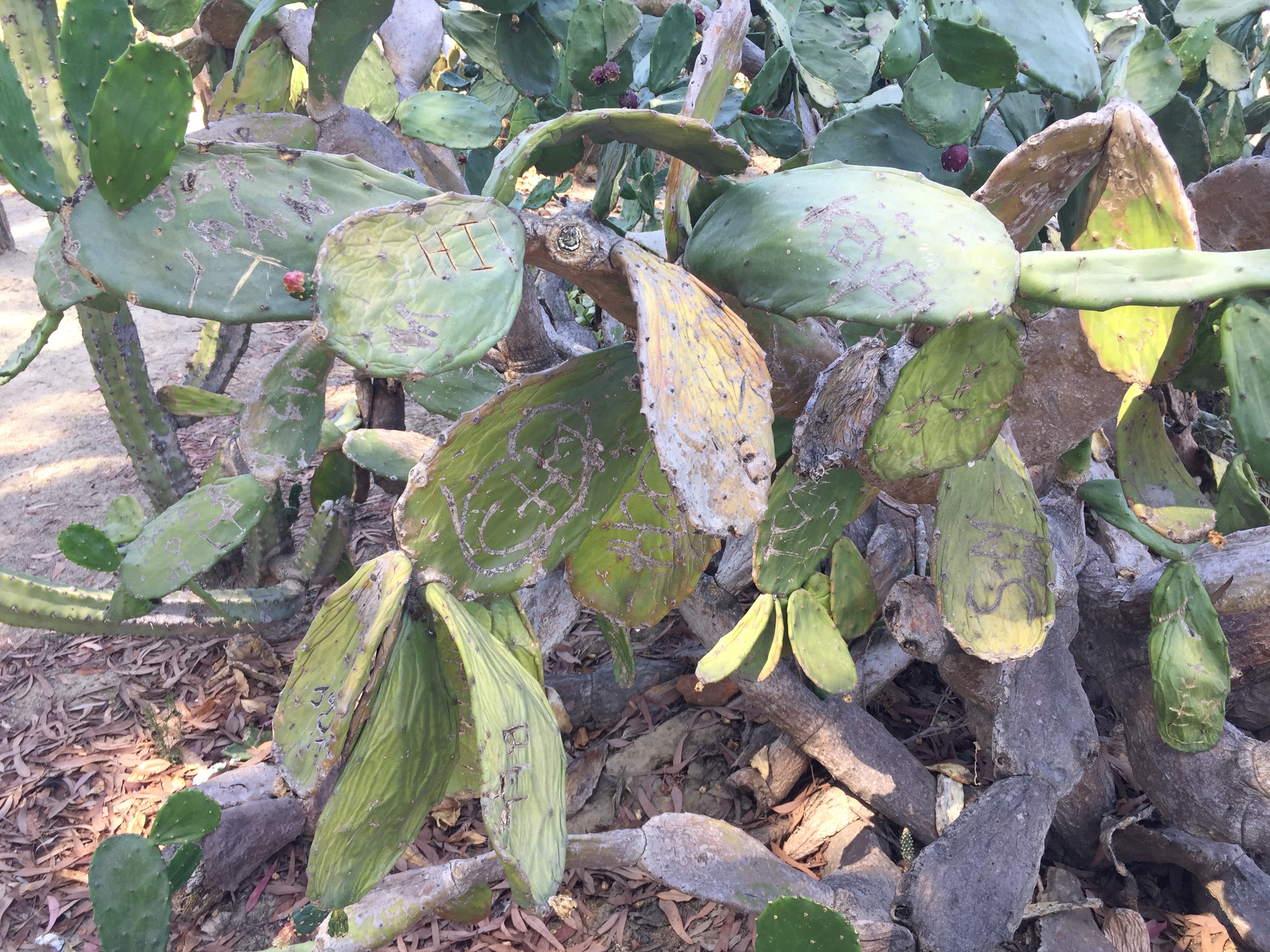 I really enjoy watching people at airports. Sometimes it’s obvious whether they’re from the departure or destination city, and other times I imagine their stories. When we left YVR on Friday, I was admiring the Birks-style sandals and printed sweater (pineapples, I think) that one woman was wearing, who was flying with two other friends. I recognized her again — this time with two more friends — when we were in the waiting area on Monday, ready to fly home. I think they were either on a stagette or part of the wedding party, because they were carrying matching printed bags.

We boarded the plane, and I started browsing the movie selections, looking for a movie that I’d watch on my own and not with Leo. “Book Club was funny!” said one woman as she passed our row. I rolled my eyes.

Not even five minutes later, we’re asked to take our belongings and get off the plane, as there’s a fuel leak on the right side (my side) that needs to be tended to. Looks like it’s going to be a later arrival back home.

Two of the women in the group of friends start getting pissed off. One gets on the phone with Air Canada, immediately asking for what sounds like reimbursement. Most of us plug in and bury heads in our phones again, and another lady starts doing high knee jumps and arm curls on a seat about an hour later.

It reminds me that perspective is everything. It’s easy to get mad, but it doesn’t necessarily get you anywhere.

Getting mad isn’t going to fix the fuel leak any faster, or make the room more pleasant for anyone else.

4:30 turned into 5:30, and 5:30 turned into 6:30. I spent 6:00-6:25 meditating, then started inhaling the veganized Impossible Burger Leo bought me from Stone Brewing at the airport for dinner. Finally at around 7pm, we’re told that the flight’s been cancelled and that we’re all automatically going be re-booked, but not for tonight. And we’re told that if we don’t have a place to stay tonight, Air Canada can help with accommodations and food vouchers. Air Canada re-books us to a flight out Wednesday morning. Ugh – not an option.

We get our checked bag, and line up for the accommodation vouchers. I find out that there are no direct flights from SAN the next day, and the stopover flights will get us home in the evening. But there are direct flights from LAX. Soon as Leo and I start talking about potentially driving up there, a voice pops out from behind us. It’s a mom who tells us she’s considering flying out from LAX as well, and that we could all share an Uber.

Turns out there’s 3 of them and 3 of us, and we’re all from Vancouver. She (“Van mom”) and I are madly trying to book new flights that will get us home earlier than Tuesday evening. We miss out on the early United flight that cost $310 USD for 3 people. Two unsuccessful online payments and a phone call to customer service later, our new flights get booked on American Airlines. Now for the car.

It’s 9pm and we’re on the road with a rented vehicle, since my Uber app failed to verify my identity, and Van mom verifies that our car is cheaper than Uber. Leo is driving, and I’m both texting my friend and on his WhatsApp, looking for a decent-priced room near LAX that’s at a reputable place, while I charge three phones. Bam! Hotel room’s booked.

We roll up to the LA Marriott at 11pm. Five minutes later, Van mom tells us we’re at the wrong hotel. There’s the Marriott, and the Marriott Residences, where we’ve booked. They leave to cross the street, while we get back to the car and park at the right place.

We get around 6 hours of sleep minus the unfamiliar vacation mid-sleep interruptions, and thankfully get to eat free breakfast before heading to the airport. YVR greets us with sunshine when we arrive at 2:30pm.

When I reflect back on our travel adventure, I think about all those people who were on our flight and how they dealt with the situation. Some probably took the accommodations and extra full day to enjoy SD, not having to get back to work. I wonder about the mom with her toddler child who was already smelling like he needed a diaper change. Or the fashionable group of women. Or the nerd who was on the same flight back from LAX with us who I imagined took part in a lot of the Pokemon battles at the park or beach in SD. We’re lucky that my mom-in-law paid for the extra flight for all 3 of us — if I were by myself, I would probably have coughed up some extra food & transportation $$ and missed the two days of work to take the re-booked flight.

Finally, Leo enlightened me that Van mom was the same person who had recommended Book Club to me on our plane. Whose movie reco I initially judged, and who ended up being an amazing, strong, quick-witted, and resourceful woman. I’d be happy to travel with her any day cause I know she doesn’t lose her shit, and even if we were in a bind together, we’d both rock the situation. Her mother was also lovely, and this will likely be a good learning experience for her teenage daughter, who was pretty quiet and content with her own mobile device through it all.

I remembered the occasions I was in a travel bind before: The early morning drive from Seattle to Vancouver in a 14 passenger van because of a de-railed train from California; the delayed and then cancelled evening Toronto flight that forced us to check in at midnight at the airport Fairmont and eat the shittiest room service caesar salads for $25 each.

This experience wasn’t nearly as bad as those two, and each time I get more resilient and less reactive.

I don’t have photos of those 19 hours of chaos, ’cause there were way more important things than posting angry selfies for social media. But I do have a photo of a high point of rest and enjoyment throughout our SD weekend.

I encourage you to travel as much as possible, not only because of the memories you’ll make with the people you’re with (or even just yourself), but because the mishaps and unexpected situations will teach you more than regular life will. The more difficult situations you endure in life, the easier it gets, I like to believe. 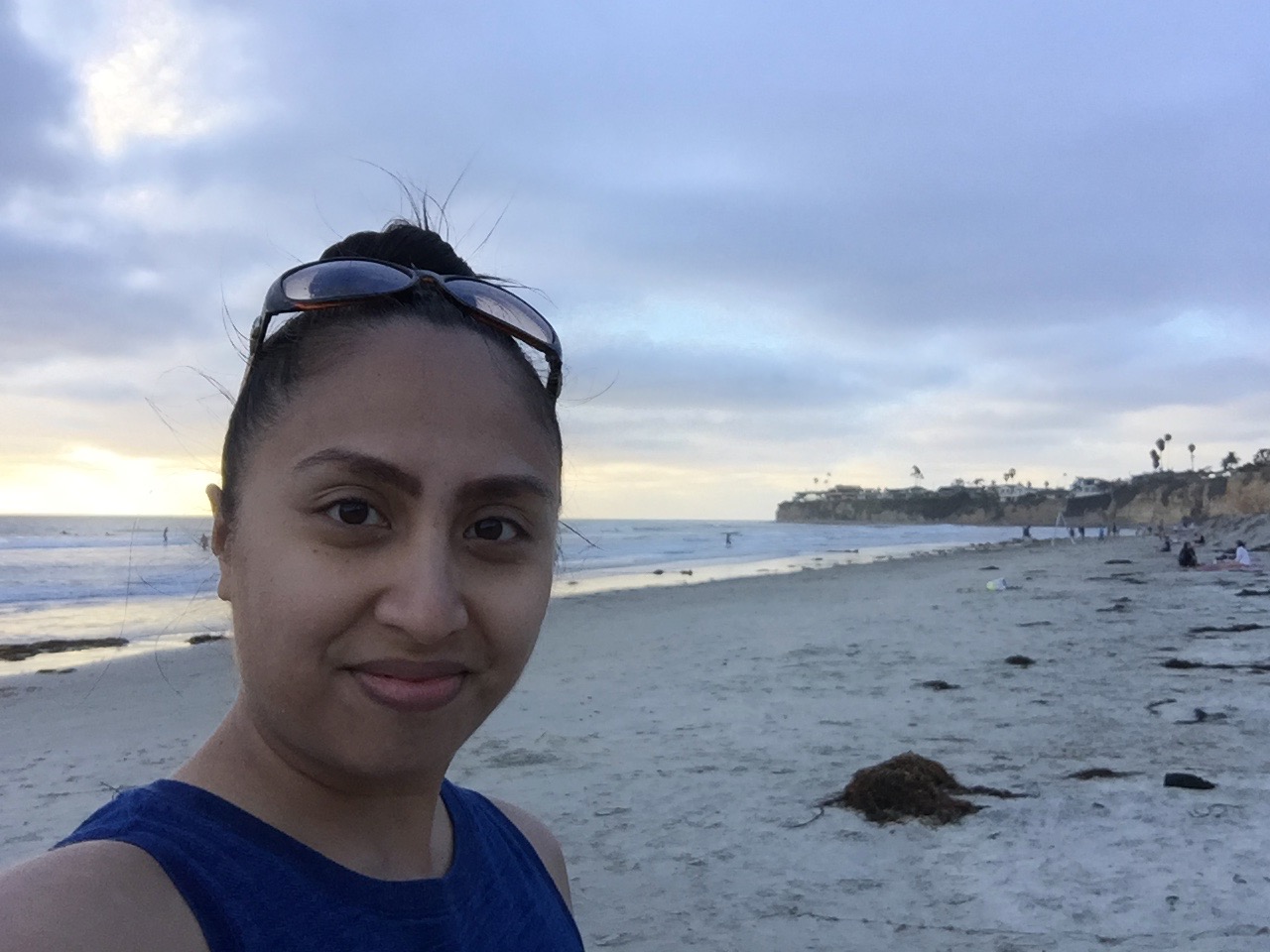