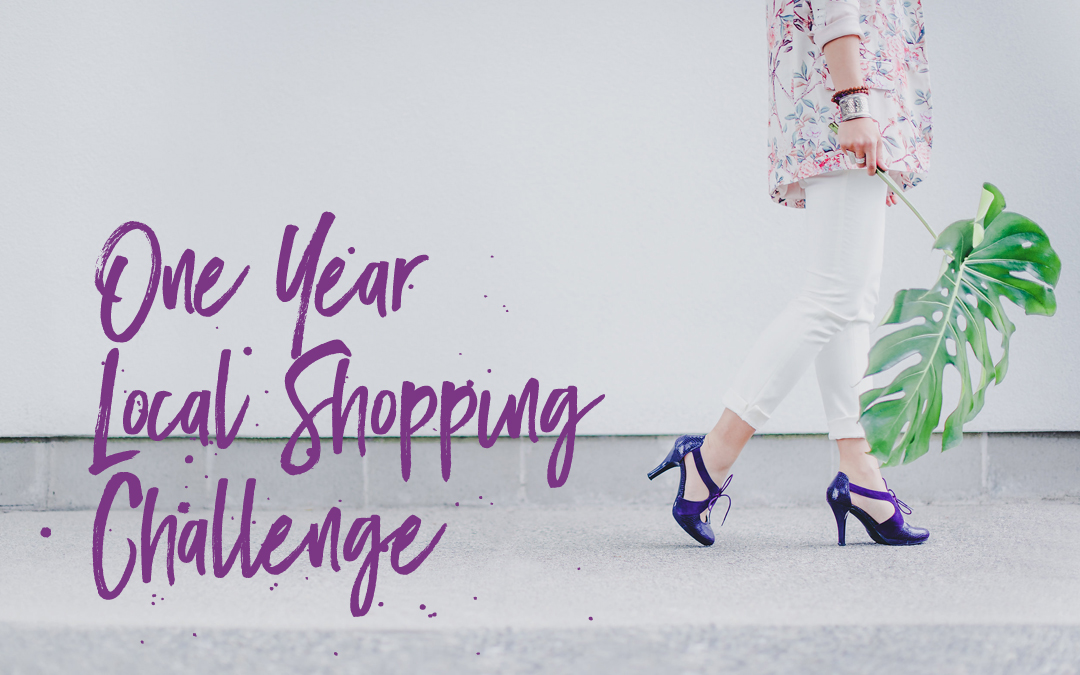 It’s been a while since I’ve reported on my local shopping challenge, but it’s still going strong, with just 2 1/2 months to go until it’s over!

I scored a great deal on Living Social – $19 for $40 at North Vancouver’s Lotusvive, which gave me a great discount on some new workout pants. I also got the silver chandelier earrings I’ve been looking for (actually, the same pair I saw back in December) for only $13 at Frilly Lilly. Yes, the beauty spot in Yaletown also sells great jewellery! Their items hail from USA and Europe, but are so reasonably priced, and best of all – Frilly Lilly is a locally owned franchise.

While I didn’t find those so blog-worthy, I do want to touch on my new search for better bath and body products that aren’t only vegan but toxin-free. After doing Tracy Lydiatt‘s Going Green 7-Day Challenge I found out that some of my regular products (and many out there who are even branding themselves as eco-friendly) still contain toxins and are therefore harmful to our bodies. Yes, even the purest of Ivory soaps still contains one toxin: Fragrance!

So, after finding out that the great product that I got from Stripped Wax Bar that helps to alleviate razor burn contained toxins, I Googled razor burn remedies and found that shea butter is also a magical ingredient. Then went on a hunt to find toxin-free, vegan shea butter.

Though my ideal product would be eco-friendly, vegan, and locally-made, it’s hard to hit all three and still find one that’s reasonably priced. The Vegan Project blogged about NOW Solutions Vegan Shea Butter ($13.99) at Body Energy on Davie Street, I wasn’t able to make it down there. Instead I checked out SEPHORA (which does have Canadian lines, but didn’t happen to have a Canadian natural line) and found Lavanila‘s Healthy Body Butter in Vanilla Coconut scent ($25) – two of my favourite scents combined! And now, I can say razor burn no more. This stuff smells so good it has my boyfriend mumbling “shea butter” in the morning when my legs are out of the covers. And best of all, no toxins or animal products on my gams!

As you know, shopping locally only can be difficult, but it’s not impossible. Especially if you ask some of your favourite retailers if they are locally-owned and the answer is yes! While I haven’t ever been inclined to go on a spree at Exposure, I noticed that they were one of the few shops in the city still selling jackets. Don’t get me wrong, I’ve found jackets, just not what I was looking for – something light but ok to wear to a party and in the rain. I originally wanted another faux leather jacket (which they also have), but realized after wearing mine these last few months that it can be too hot for the sun. It’s so hard to strike that balance in Vancity. But, search no more!

After my tri-weekly trip to Bombay Brow Bar in Yaletown, I popped into Exposure and found this gem of a Vero Moda jacket for just over $100 including tax. Just enough to keep me warm for the cooler summer nights, and even with a hood (not pictured) for those surprise Vancity showers. Score!